Posted on by Brianna Knighton

When I was eighteen, I went to the dermatologist because of acne in the chin area, but I actually had something much more uncomfortable to discuss. Two years earlier, I had started to develop facial hair, which wasn’t thin, short, and blond. It was thick, dark, and fast-growing. At first I plucked it, but then got to the point of shaving every day. I was involved in choir and acting, and in both of those classes, we went on trips. On choir tour, I locked myself in the bathroom and turned on the water so the other girls in my room couldn’t hear my electric razor. I was ashamed and afraid of what they might think or say, even though they were my friends.

I also was gaining weight and felt that people were staring at me, which made me constantly self-conscious in public. The dermatologist said I might have a medical condition called polycystic ovary syndrome (PCOS).

“There’s no way that’s my problem,” I thought. “I’m healthy and there is no way I have this.”

Even so, I went home and started researching PCOS, which I learned is a hormone imbalance and an incurable illness that affects almost one in ten women. Many women have symptoms their entire lives without being diagnosed. The list of symptoms included mine: facial hair, weight gain, and acne along the chin. The disease lowers estrogen levels in the body, which makes testosterone levels more dominant. The more I read, the more I realized I might have this condition, yet it was a hard truth to get my brain around.

A month after visiting the dermatologist, I went to see my OB/GYN and we talked about PCOS. The discussion confirmed my suspicions and frightened me, especially because my whole life was changing, and there was no cure. 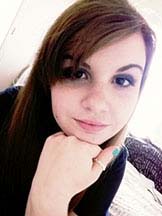 Brianna Knighton is from Boise and is now studying physical therapy assistance at Brigham Young University–Idaho. Diagnosed with PCOS about a year ago, Brianna says she has “learned lots” from living with the condition and hopes her story can help someone.
View all posts by Brianna Knighton →