Posted on by Rene Kaiser Riley

I was five years old when I walked into my grandma’s house with a baby bird I’d found on the sidewalk. With tear-filled eyes, I announced in a determined voice, “It needs my help.” And so it began.

Decades later, I’m still rescuing animals. The list is a melting pot of species: small birds, dogs, cats, a pregnant guppy, a garter snake, a turtle, and last year an injured duck that showed up on my back patio looking for food. All I can say about the duck is that I never would have imagined I’d be baking homemade duck food with dried mealworms in it. I strongly recommend opening all your windows and turning on the fans while preparing that.

I’m a big believer in the motto “Don’t shop, adopt!” The majority of my fur babies have come from shelters. If any readers cringe at the thought of walking through a shelter, it’s okay, I understand. I know the angst of looking into soulful eyes and having to walk away. I’ve felt the mix of emotions in picking only one when I wanted to save them all. But there is another way. Even though nobody can give all animals a new home, it is possible to help thousands of them to find a family through foster parenting. 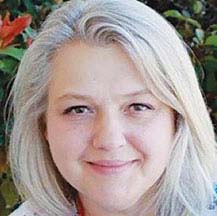 Rene Kaiser Riley was raised as a military child, later enlisted in the Air Force, and traveled widely, but calls Idaho home, where she raised her daughter Lauren. In 2004, she and her registered therapy dog began visiting people in hospitals and other facilities. She also helped companies establish therapy dog programs in the Treasure Valley. Rene now owns Summer Mae Photography, named in honor of her late therapy dog.
View all posts by Rene Kaiser Riley →