Adventures of a Ribes Goon

Story and photos by Lee Townsend

The call from below echoed across the hillside where we were spread out in individual lanes marked by white twine. These lanes going up the hill were sixty feet wide. They had been hung by a college boy called a stringer who was equipped with a compass and a ball of twine. Inside the lanes, each of us had two nylon “drag lines” sixty feet long, with which we worked our way across from one white string boundary to the other, back and forth, searching for currant and gooseberry bushes, which we called Ribes, from the genus to which they belong. The drag lines helped us keep track of where we’d been as we progressed up the hillside, fighting brush and seedling trees, and pulling Ribes, which are the main alternate host for what we were trying to control: white pine blister rust.

The heat was building in late July 1956 on the St. Joe National Forest in northern Idaho, where I was one of the rookies among thirty-five college boys in Blister Rust Control (BRC) Camp #256 just south of Emida. But during the five summers I worked on BRC, pulling Ribes wasn’t all we did.

We repeated the call to make sure everyone heard it, and then tied off our drag lines to mark where we’d stopped. I shouted the call and started down my lane toward our camp boss, Harley Towne, who stood beside an old Dodge truck. During school terms, Harley was a coach and business teacher at Plummer High School.

“Mount up, the buses are waiting,” he urged. 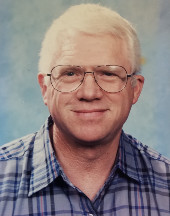 Lee Townsend and his wife of the last fifty-nine years, Anita, met at the University of Idaho after he’d worked summers for the US Forest Service. They spent the next summer on a forest lookout, then went to Maine and Germany for the US Army. Both taught special education students in elementary schools. They now live outside Tacoma, Washington.
View all posts by Lee Townsend →
ORDER BY MAIL