Here’s an image of the upper sheep pasture of our property near Challis. When I drove there on a recent evening to feed our Pyrenees guard dogs, Benny and Bobby, I discovered a ewe off by herself suffering from mastitis. Back down the road I went on my four-wheeler to get a syringe full of penicillin and marking chalk. When I first found this ewe, I could have sworn she was dying, on her last legs, but when she saw me approaching sidesaddle on the four-wheeler, meaning business with a syringe between my teeth, she found her second wind. There is only one way to run down a sheep on a four-wheeler in a forty-acre pasture, and that way looks a lot like steer wrestling at the rodeo. The only difference was that traveling at ten or fifteen mph, I had to bail out and wrestle her to the ground even while keeping in mind that I had a syringe in my teeth and messy red marking chalk in my clenched fist. Dealing with an upset, very feisty ewe, I thanked my stars we had no neighbors, or they might have been exposed to a new language. Doing this sort of work is fine and dandy when you’re twenty years old, but when you’re almost sixty, all I can say is it hurts more and more. 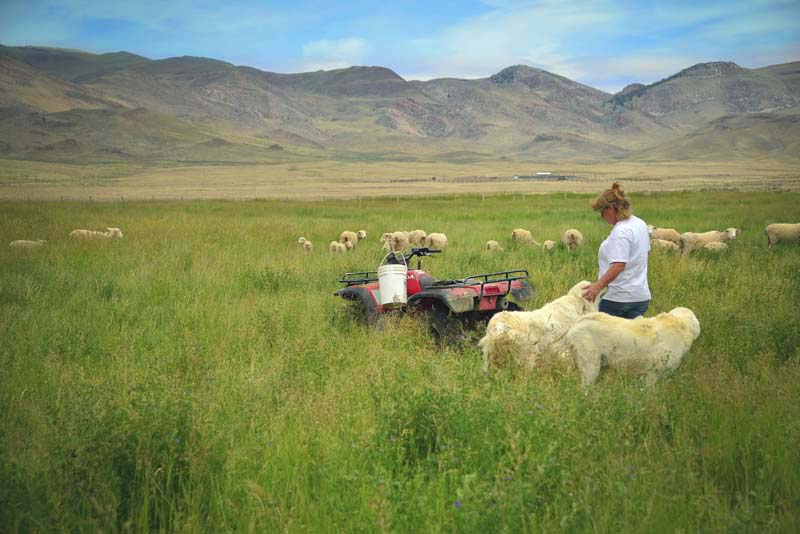 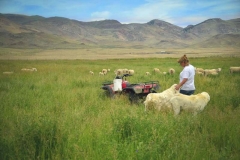