Ghosts of Brick and Stone

The charcoal kilns of central Idaho’s early mining days described here are accompanied by another story in this issue about the mines, smelters, and charcoal pits connected to those kilns.

As a retired forestry professor who has studied wood supply issues, I’m interested in the silent reminders of the mining industry that played such an important part in the early history of the Intermountain West. I’m not talking about smelters that processed the ore of these diggings, because they’re long gone. But those early smelters were often fueled by charcoal, and in some remote places, including in Idaho, physical testimony to the industry is provided by charcoal kilns that still stand.

The wood that the kilns transformed into charcoal came from nearby forests, but why did the smelters use charcoal in the first place, and not just wood for fuel? The answer is that charcoal burns with up to twice the heat value of air-dried wood. Plus it burns cleaner and faster than mineral coal. Even when coal and coke were available, some smelters preferred charcoal.

In Idaho, the remaining kilns are picturesque and tend to be in picturesque places. All are in central Idaho, only sixty miles apart as the crow flies. I live in South Carolina, but I’ve traveled west many times to see kilns, including those in central Idaho. The state has three particularly prominent charcoal kiln sites: Bayhorse, Muldoon, and Birch Creek. Most of the structures are only partial survivors, often missing the top portion, but a few are nearly intact. The masonry, usually learned in Europe (the builders were often immigrants), is exceptional, and many visitors regard the kilns as works of art. 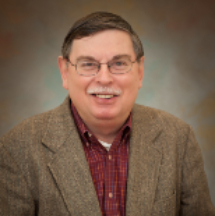 Tom Straka is a professor emeritus at Clemson University in South Carolina. One of his passions is forest history and he is fascinated by charcoal kilns. He has authored or co-authored dozens of articles on the subject, but says his real motivation in studying charcoal kilns is to wander around the forests of the Great Basin states of the West, his favorite part of the country.
View all posts by Tom Straka →
ORDER BY MAIL