Posted on by Maija Baehr

Sitting as tall as I could, I bounced my knees up and down nervously as I watched the wilderness whiz past. We had left McCall Airstrip—three others and I, all volunteers with the Idaho Trails Association (ITA)—for a week in the heart of the Frank Church–River of No Return Wilderness: RONR to use the official acronym, but lovingly called “the Frank” by many who have enjoyed some of its nearly 2.4 million acres of wilderness.

RONR is both the second largest unit of the National Wilderness Preservation System and the largest contiguous wilderness unit in the Lower 48. Bordering the RONR Wilderness to the north lies the Selway–Bitterroot Wilderness, and to the northwest is the Gospel Hump Wilderness. Combined, these three wilderness areas make up approximately 3.9 million acres of some of the most expansive, pristine nature to be found anywhere in the United States. We Idahoans are immensely lucky to have such immediate access to this wilderness.

I was seated in the rear of the plane next to our packs and all the supplies we would need for the week. Stealing a moment from my gawking at the beauty flying by, I shoved the sick bag from the seat in front of me into my pack, within arm’s reach. Though I was certain I wasn’t going to use it for its intended purpose, I realized just then that I had forgotten a critical piece of gear, something I had decided I needed based on my first ITA volunteer trip to the Gospel Hump Wilderness the prior year. 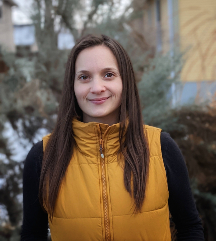 Maija Baehr lives in Boise with her husband Jeff and their dog and cat. After completing her Master’s degree in health science from Boise State University, Maija shifted her career goals from working in public health to working with native plants. She will be expanding her Boise Wild native seed packet for the 2021-22 season to accommodate plantings both large and small. Find out what she’s growing by visiting Mielikki’s on Facebook or Instagram.
View all posts by Maija Baehr →
ORDER BY MAIL