Posted on by Bren Slade

A Place of Light and Hope

Story and Photos by Bren Slade

The light was dim inside the ambulance. My daughter lay breathing but unresponsive. Were there windows? I don’t remember. It was Christmas Eve.

Five months earlier, I had brought to life a photography project called “Healing Hope Images.” I was at the optimistic outset of a masters program with Falmouth University and wanted my photography project to be both meaningful and based in light and hope. For the last five months I had been creating whimsical fine-art images with children in southeastern Idaho who faced opposition in childhood, such as illness or disability. Many of the children and families I worked with were more than familiar with medical emergencies. Fragility was their constant companion. But this was my first time inside an ambulance.

A few days earlier, the youngest of our five children had undergone surgery because of a sledding accident. As we made early-morning preparations for Christmas Eve festivities, she suddenly awoke with seizure-like symptoms and loss of balance. We feared the worst. But we were lucky. After our arrival at the hospital, she slowly came back to us, and the tests did not reveal a permanent problem. She was simply gone and then returned. But we were changed. My heart locked in the memory of fear and uncertainty, intensified by love for a precious life. My enthusiasm for the photography project heightened. 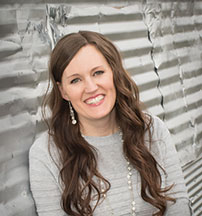 Bren Slade has been a professional photographer for more than twenty years and recently found her true love in whimsical children’s photography. Director of the project, “Healing Hope Images,” and mother of five, she treasures her ability to capture childhood in a unique way. You can find more at: OnceUponAPix.com.
View all posts by Bren Slade →
ORDER BY MAIL