Posted on by Laura Wolstenholme

I grew up in a landscape so mild my mother declared it Camelot. We lived between green, softly sloped hills, and a few miles away stirred a gentle blue bay. So I arrived unprepared for southern Idaho’s dramatic, sometimes strange geography.

When we first arrived, everywhere I looked, my eyes affirmed, “This is not California.” Sure, the softly molded, brown foothills were beautiful, but the Snake River! It has done some magnificent and bizarre work. Our first exploration of Idaho was to Malad Gorge, a bottomless canyon carved out by a Snake tributary. We didn’t stay long. Just paces from the gorge’s edge, my small family peered over and cowered at the sheer, 250-foot drop to the river’s bed etched below. We could almost feel the dark floods that had thundered westward, scouring out the gorge. As fast as we could, we hurried back to the car.

As we traveled around, I tried to make sense of the landscape. Tossed boulders spoke of an ancient flood. In some areas, lava rocked peeked through sagebrush and desert. We learned that numerous old volcanoes once shredded the Snake River Plain with explosions and hot basalt lava flows. One hot August afternoon, returning from Hagerman and full of curiosity, we stopped at the famous Craters of the Moon National Monument, Idaho’s ground zero of volcanic activity. 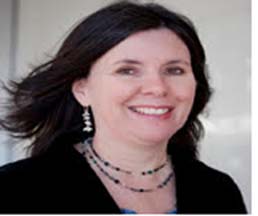 Laura Wolstenholme has lived with her family in Idaho for twenty years, and is continually captivated by its history, landscape, and adventurous lifestyle. Two obsessions, reading and writing, led her to earn a Masters degree in English literature at Boise State University in 2006, and to subsequently enter professional writing.
View all posts by Laura Wolstenholme →
ORDER BY MAIL