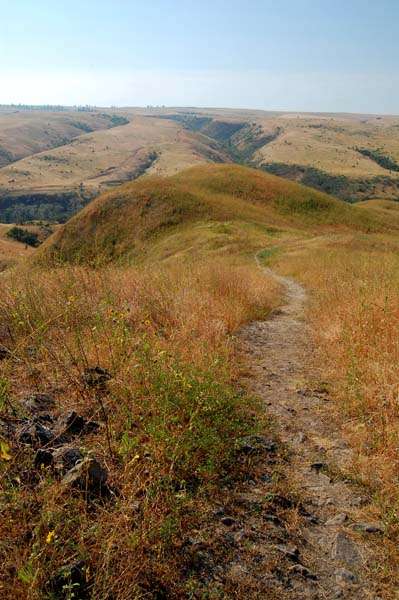 Posted on by Herman Wiley Ronnenberg

The author, a University of Idaho lecturer in history, published a book last year titled, Pioneer Mother on the River of No Return: The Life Of Isabella Kelly Benedict Robie. In the following edited excerpts from the book’s introduction and first chapter, reprinted with permission, he describes the inception of his project and provides a glimpse of his protagonist’s flight to safety with two of her children after the death of her husband in a skirmish as the Nez Perce War began.

INTRODUCTION
My interest in Isabella’s life story began as an offshoot of my research on her close friend, Jeanette Manuel. Jeanette’s husband, John J. (Jack) Manuel, was the owner of the brewery in Warren. He was included in research I had completed for a book on the lives and businesses of all Idaho’s brewers. Finding the acorn of Isabella’s story, so to speak, involved a convoluted trail from the trunk of the oak. In October 2009, I published a brief synopsis of Isabella’s life story in Echoes of the Past, the journal published by the Historical Museum at St. Gertrude’s Monastery near Cottonwood. Shortly after, Deborah Starr of Orofino contacted me to say she was a great-granddaughter of Isabella and had a great deal of research material to share.

Isabella shared fifteen years of her life with her friend Jeanette. They were the co-belles of the ball in Florence, at a dance celebrating the new year of 1863. In June 1877, Isabella was the last woman to see Jeanette alive. Isabella, however, had a long life ahead when the Nez Perce War ended that autumn. She had five children with Samuel Benedict, and four more with her second husband, Edward Robie. Her descendants made enormous contributions to Idaho and the Northwest over the last century-and-a-half. Isabella’s story helps us remember the sacrifices and the values that enabled the first generation of Idaho pioneers to stay and build a new culture. Above all though, it is a marvelous human adventure story.

Herman Wiley Ronnenberg has been researching the lives of pioneers and the history of brewing and brewers in Idaho and adjacent areas since 1978. He has been an educator for nearly forty years. Left Coast Press published his book The Material Culture of Breweries in 2011. Heritage Witness Reflections Publishing released The Beer Baron of Boise: The Life of John Lemp, Idaho’s Millionaire Frontier Brewer and Jeanette Manuel: The Life and Legend of the Belle of Fabulous Florence in 2009, and The Disciples of King Gambrinus, Vol. I 25 Unfortunate Lives in 2011. He has two grown children, four grandchildren, and a great dog.
View all posts by Herman Wiley Ronnenberg →
ORDER BY MAIL