Posted on September 1, 2014 by Havilah Workman

We could hold a birding festival in American Falls.”

Todd Winter’s voice came through the phone loud and clear, but I was nevertheless confused. A birding festival?

My experience with birds up to that point was the flock of chickens in my backyard. Were we going to stand around and compare egg production among different varieties?

He laughed good-naturedly at my bewilderment.

“No, no, a birding festival is where you watch birds out in nature. You take notes, take pictures, things like that. People will come from all over the U.S.—all over the world, really—to observe a rare bird in its habitat. We have some of the best birding available in America, right here in our backyard, and no one seems to know it!”

His enthusiasm showed through brightly, but I was skeptical. This was little ol’ American Falls, population 4,400. We had potatoes, wheat, and sugar beets. We had a reservoir that filled up in the spring but by fall was a muddy, willow- and bug-infested flat that was worthless for tourists. We had farmers, not tourists, and wasn’t there a reason for that? Surely if we were a mecca for birds, someone would have noticed by now. 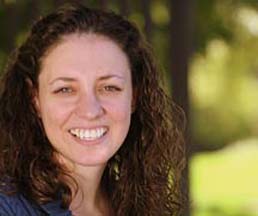 Havilah Workman married Kurtis Workman, who is mentioned in this article, on August 16, 2014. Havilah says planning a wedding and a birding festival at the same time was an adventure, and she is one hundred percent certain of how she was happily roped into at least one of those commitments.
View all posts by Havilah Workman →
ORDER BY MAIL