Posted on November 1, 2017 by Erica Willenbring

By Erica Willenbring with Holly Herndon

When I began feeling discomfort, I didn’t think anything of it. After all, I was twenty weeks pregnant with triplets, who were sharing the limited real estate of my torso with my stomach, bladder, and spleen.

But discomfort soon became pain and bleeding, so my husband Aaron and I hurried to the hospital, leaving our daughter Sydney with my parents. I remember thinking I would be on bed rest for a long time, and it would be hard, but never once did I think I would lose the babies.

It was hard to understand why I was lying in a hospital bed. Previously, I had been experiencing an ideal pregnancy for multiples—each had an amniotic sac and placenta—so I was shocked and devastated when a nurse told me I was in labor. I was five months early and, despite the doctors’ efforts, they could do nothing to stop the progression of my contractions. 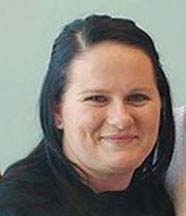 Erica Willenbring is the founder of the nonprofit organization, Little Joys Remembrance Foundation. She lives with her family in Boise. Holly Herndon is a former San Diego Union Tribune columnist who lives in California. Donations may be made to the foundation at paypal.me/littlejoysidaho.
View all posts by Erica Willenbring →
ORDER BY MAIL