Once in the Blue Moon

I’ve never figured out why some of Idaho’s most interesting places sometimes have the least amount of information written about them. That seems to be the case with the Parkline Supper Club, or the Blue Moon Cafe and Bar, as it was once called. Perhaps this was because people didn’t want their favorite eating spot and watering hole to be sullied by a lot of outsiders, or perhaps it was due to a cloak of secrecy that sometimes surrounded activities during Idaho’s more “colorful” times. In any case, I feel confident that the many thousands who ate there over more than seventy years would agree that the food was excellent, the dancing great, and the fun unparalleled in the region. I don’t think anyone would have imagined that this humble restaurant just east of Heyburn State Park would eventually draw customers that included the likes of nationally known politicians Frank Church, Cecil Andrus, and Harry Reid.

In 1982, I was driving back to Moscow from Rexburg, where I’d been on a student recruitment trip for the University of Idaho, when I first noticed the Parkline Supper Club.  My friend Roy E. Mosman, a district court judge, had told me several times that it was probably the best steakhouse in northern Idaho, if not the entire state. Judge Mosman was a man of raw honesty, so I took special note of this.  I’d chosen the shortcut via St. Maries on the way to Plummer when I pulled into the parking lot of the restaurant’s unimpressive building. Dead tired and hungry, I was surprised that I had to jockey for a parking space on a weeknight in a place with a population of fewer than a hundred people. Undeterred by the unassuming exterior, I was heartened to hear booming music and laughter coming from inside. Great food in the middle of nowhere? I took a chance and that evening ate one of the most mouthwatering steaks of my life—and I’ve eaten in some of the best steakhouses of New York, Atlanta, Seattle, and even Argentina, the beef capital of the world. That meal in that rustic setting was the beginning of my love affair with a great restaurant. 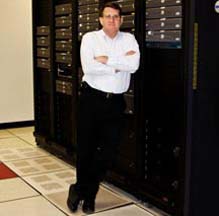 Harvey L. Hughett retired from the University of Idaho as executive director and chief information officer of Information Technology Services. He has a special interest in local history and has been working on a book tentatively titled, Float Homes of the St. Joe River Drainage. His email address is HBfloathouses@hotmail.com.
View all posts by Harvey Hughett →
ORDER BY MAIL