Posted on by Donna Jorgensen Rookstool

And What It Means to Us

Photos Courtesy of the Rookstool Family

It’s just a small strip of land, less than an acre, which slopes down towards the shore of Cascade Lake near Donnelly. When Bob Rookstool purchased it in 1976, it was populated with more than fifty lodgepole pines, all kinds of underbrush, and ground cover. Most of the lodgepoles were old trees that swayed gracefully in the wind, sometimes producing fear that they could easily come crashing down with heavier gusts. Young aspens were interspersed among the pine cone-bearing trees. It was a perfect place for adventures to begin.

At the time, Bob was a widowed father who was seeking to provide good family experiences for his two young daughters as they grew up. Two adjoining lots had been purchased earlier by his brother and family and by his sister and her family. The three families included nine cousins, who all loved the mountains.

Not long ago, as I sat on the porch of the cabin that Bob built on this land, I was overwhelmed by thoughts of how meaningful the place is to us. The story of our cabin is far from unique, and I’m sure many Idahoans have similar ones to tell. Maybe in part my emotions were affected that day as I reflected on the life of my husband, Robert L. “Bob” Rookstool, who passed away in March 2021 at the age of ninety-one. I had joined his family when we married in 1990, after I became a widow in 1986. 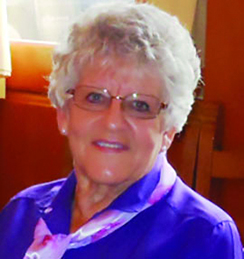 Donna Jorgensen Rookstool is a forty-year resident of Caldwell who grew up on the family fruit farm in Central Cove, east of Homedale. She graduated from Homedale High School and Kinman Business University and retired after a twenty-nine-year banking career. She and her husband married after both were widowed, and their blended family—including children Jeffrey, Ronald, and LaRee—grew to include six grandsons and six great-grandchildren.
View all posts by Donna Jorgensen Rookstool →