Skull in the Window

Posted on by K.L. Morgan

A Story of Vigilante Justice

In 1943, my dad and his brother Vaughn started Morgan Brothers Construction Company. One of the first structures they put up in American Falls was an office building for the new doctor in town.

It had cinder block walls with the front door opening onto the sidewalk, and a big window on each side. That was where I saw the skull. I had been riding my bike up the street, and there it was. I stopped and looked at it for a long time. Could that hole be from a bullet that killed the owner of the skull? My dad was building a store across the street, so I rode over there and asked him about it. 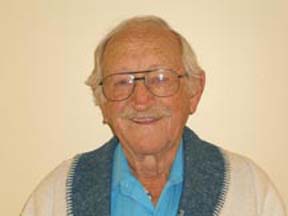 K.L. Morgan was born in Rigby, went to school in American Falls, and has lived in Idaho most of his life. His Welch forebears came to Neely in 1857. He and his wife raised four daughters with “one bathroom.” K.L. lives in Nampa. This is his first published story.
View all posts by K.L. Morgan →