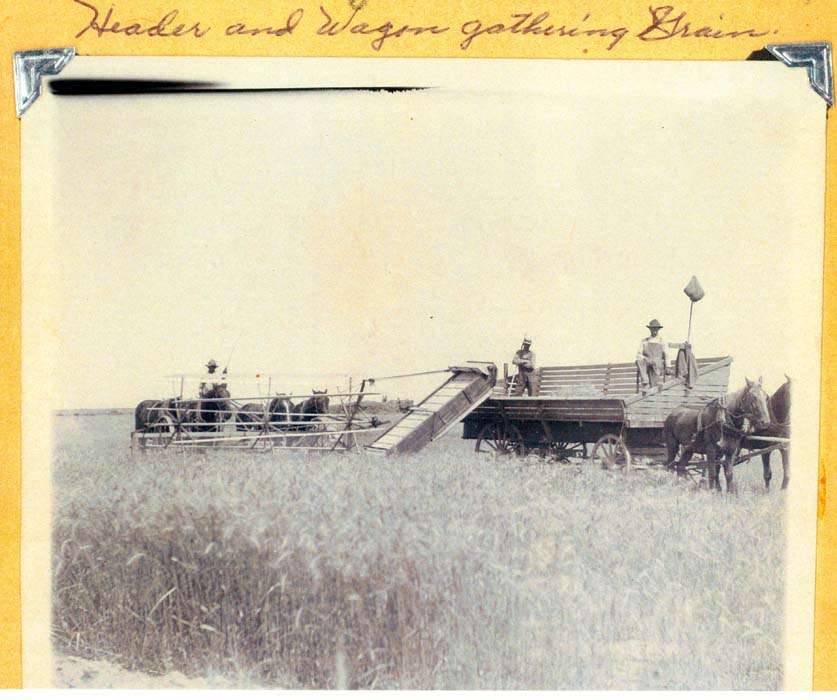 Posted on by Geraldine Mathias

Why haven’t I stopped here before, I asked myself as we photographed Canada geese wading in the ponds near Springfield on state Highway 39 in southeastern Idaho. I’d driven past Springfield many times in the past on our way to fishing and boating places along the American Falls Reservoir, which backs up almost where Springfield begins. Except to fish the lake once, I’d never spent any time there until recently. Then I met Kay Savage and Linda Bohrer, sisters and descendants of pioneers.

They grew up, attended school, married, and settled down where their roots were, as did other residents. For the town’s centennial celebration three years ago, these two compiled a trove of information, stories, and photos of early and present day Springfield, and they graciously shared their knowledge with me.

Boarded-up businesses, seemingly abandoned buildings, and no people in sight save a fisherman in a pontoon boat on the pond don’t exactly invite exploration. But drive off the highway down Chandler Road toward a charming little park above Springfield Lake and you understand. As part of the centennial celebration, residents erected a monument in the park to all the pioneer families, whose grit and determination settled the area and created the tight-knit community that remains. This place is steeped in history.

The first white people who came through the area, after the Shoshone-Bannock people, were most likely freighters heading from northern Utah to the mines in Montana or across the valley to the Salmon area. Later, wagons heading for Oregon on the Goodale’s Cutoff would have crossed the desert and stopped for water at Danilson Springs, the original name of the town.

Geraldine Mathias put down roots in Idaho about a half-century ago, a transplant from Oklahoma. A retired English teacher, she now writes, walks for exercise and, from the deck of her cabin, is mesmerized by the Henry’s Fork of the Snake River. Two of her children’s books have been published, Cookies for Frankie and The Tale of Strawberry Rose. Both are available by email: gkmathias@gmail.com.
View all posts by Geraldine Mathias →
ORDER BY MAIL