The Bridges of Ada County

Posted on by Dick Lee

Story and Art by Dick Lee

The series of artwork shown on these pages was inspired by riding my bicycle all over Boise and along the Greenbelt. When roaming on my bike, I’ve always carried sketchbooks, pencils, watercolors, and sometimes a camera.

To my eye, each of the bridges that crosses the Boise River and its tributaries in the Boise area is unique, and in this series, I worked at being as accurate as possible with structure and color.

Like many people, I’ve worked over the years at a variety of jobs, each of which gave me insights into people and places. But my main work—the work that chose me—is the production of pictorial art. Before I entered kindergarten, I was trying to draw recognizable objects, which I don’t think is unusual. Many people are drawn to a particular endeavor at an early age—they say Mozart composed his first concerto when he was six. I’ve never felt special. I just drew as a compulsion. 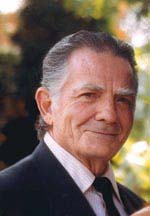 Dick Lee is a longtime Boise commercial and fine artist whose career began as a sign-painter in the U.S. Army. A devotee of drawings since early youth, Dick has worked for many publications, advertising firms, and government entities, including National Geographic World, the U.S. Naval Research Laboratory, and the U.S. Park Service. He is this magazine’s staff illustrator.
View all posts by Dick Lee →