The Courage to Climb

Posted on by Jeff Riechmann

In March 2005, I retired from a twenty-three-year career as a firefighter in southern California and then in 2013, I relocated to McCall. Not long after that, I was sitting around the wood-burning stove in my friend Larry Morton’s woodshop in Cascade when the topic turned to climbing.

Larry is founder of the Idaho Climbing Series, an amateur rock-climbing program that visits various indoor climbing gyms and outdoor bouldering parks, offering the chance to compete against other rock climbers.

I decided I wanted to do something that involved my own love of rock climbing and that at the same time gave back to the community. Before retiring from the fire department, I had organized the Firefighter’s Grand Prix car race, which raised more than forty thousand dollars for the California Burn Foundation over a three-year run. Since I now had lots of free time on my hands, Larry and I started looking at the possibility of taking a couple of kids climbing in the Payette National Forest. But we wanted to achieve more than that, and after doing some online research, I soon discovered that climbing can be beneficial to children with special needs. Through Larry’s contacts, we reached out to Scott DeWalt at Urban Ascent in Boise, who thought having a closed session for children with special needs was an outstanding idea. He offered to let us use his gym, and fifteen kids participated in that first event in July 2012. 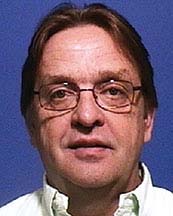 Jeff Riechmann is a retired firefighter from southern California who relocated to McCall in the winter of 2013. He is also retired from the US Air Force Reserve, where he served as a firefighter. In 2012, he took up rock climbing as a means of staying physically fit.
View all posts by Jeff Riechmann →
ORDER BY MAIL