Posted on by Justin Smith

Sitting in my easy chair as the ceiling fan whirred overhead, I struggled to find my path forward across Idaho—over geography, time, technology, and cultures. Idaho’s history is as circuitous as the flight of the Nez Perce. In fits and starts, our shared past jumps from one region to another and then back again. Waves of peoples flow through the mountains, linger, and then dwindle, only to once again return to pound their lives against the anvil of mighty granite peaks or to flood across the wide Snake River Plain.

Still, every history book has to begin somewhere and the editor of the one I was working on told me to start by making a timeline. “That will be the general framework of the book,” he said. I knew better and he probably did, too, but the book had to start somewhere and a timeline was better than nothing.

On Monday, August 12, 1805, after an American expedition had followed a Lemhi Shoshone trail out of Louisiana Territory over the Continental Divide, Meriwether Lewis gazed into what we now call Idaho. “I discovered immense ranges of high mountains still to the west of us with their tops partially covered with snow,” he wrote. The Lemhis’ trail was well-worn by the hooves of animals and the feet of men, but the path forward to the Pacific was impossible to know and hidden by those endless mountains. The explorer’s sense of accomplishment was dampened by the reality that spread out before him. The odyssey to the mouth of the Columbia River was far from over.

Ultimately, the expedition crossed the divide multiple times, searching for the easiest route west. Of course, they did not know there is no easy route. Whether through high chilly mountain passes and narrow dim valleys or, as the Astorians later learned, across the grand Snake River Canyon and the wide empty plain, Idaho is an enigma few can solve without the help of those who went before. 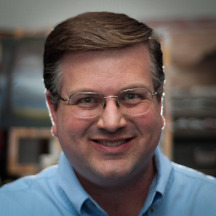 Justin Smith was born in Nampa and raised in American Falls. In the early 1990s he moved to Pocatello, where he still lives with his wife Trish and their children. He is a history columnist for the Idaho State Journal, an artist, and photographer. His family roots go deep in Idaho and there is no other place he would rather be.
View all posts by Justin Smith →
ORDER BY MAIL