The Long Road Back

In the Fold of Midnight Stars

My grandfather gave us the northern Idaho wilderness. He gave it to us in all its forms: vast populations of pines fleshing out rich, rolling hillsides; ribbons of reflective rivers and crystal runoff cutting through muddy banks; yellowed ponds and patchwork fields torn by four-wheelers and motorcycles; sunlight and snow and the sharp shoulder blades of lookout mountains.

“God’s country,” he called it. When I moved to Colorado, and later to Montana, he referred to my location as “out of the country.” He never could understand why anyone would want to be anywhere else. 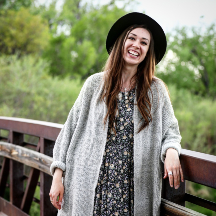 Miranda R. Carter is a former journalist and forever writer. Her fiction piece “My Mother’s Sky” won Reedsy’s weekly prompt competition in June 2020. Her articles have appeared in the Colorado Springs Independent, Pikes Peak Bulletin, the Lewiston Tribune, and University of Idaho journals Argonaut and Blot Magazine. She teaches college writing and communication, and hails from the “Heart of the Arts,” Moscow.
View all posts by Miranda R. Carter →
ORDER BY MAIL