More Than Just a Dance Hall

Do you remember? The good old days when we danced all night at Ruby Creek, Horseshoe Bend, Mayfield, etc., to music with [a] lift. Well we had one of those dances last Wednesday at the Silver Spur. [The] Reno Racketeers . . . play the kind of music you dream about. Also plenty of humor and beautiful harmony singing . . . Come out and have a good time with Lew and Ann.

In 1951, gas was eighteen cents a gallon, Ada County’s population was seventy thousand, and there were four radio stations in Boise. Every Friday at 3:30 p.m. on KGEM (1340 on the dial), the Silver Spur Serenade played a twenty-five-minute segment featuring a popular Boise band called The Melody Five. After their weekly radio show, the band could be found at the Silver Spur Dance Hall, located four-and-a-half miles west of Boise on Highway 30 (now the corner of Fairview and Hampton Road). The Silver Spur is long gone. What remains are memories that have become a source of prideful family folklore. My great-grandparents, Lewis and Annabelle Smith, owned that dance hall.

I’m a self-appointed family historian. I’ve spent years collecting family photos and stories the way one collects irreplaceable figurines. This year I’m feeling the pressure to finish my research on the Silver Spur. Partly because my grandmother, Carroll Connet, and her brother, Jerry “J.D.” Smith, are both in their eighties and I want to make sure the story is complete. It’s also timely because Ken Burns’s latest documentary on country music mentioned many of the stars that played the Silver Spur, and some of them even became friends of my great- grandparents. 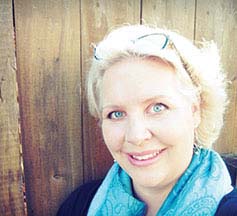 View all posts by Nicole Sharp →