The Zone of Death

Posted on February 1, 2017 by Korey Peterson

Yellowstone’s Zone of Death” is the kind of headline that grabs your attention. It certainly got mine when I first read it, and as an avid hiker, backpacker, and general outdoorsy kind of person, I was intrigued.

I’d been to Yellowstone enough times to know there were many reasons an area of Yellowstone could be called a Zone of Death. I assumed it had to be an area with particularly high predator activity: a place plagued by bear and wolf. Either that, or perhaps it had to do with Yellowstone’s volcanic proclivity. But the real story behind the moniker turned out to be much more fascinating, and potentially sinister.

As I dug into it, all roads led to an essay published in 2005 by Michigan State University law professor, Brian Kalt, entitled “The Perfect Crime.” I downloaded the essay to my computer and found out the Zone of Death has less to do with deaths that have occurred there than with ones that could occur, and the troublesome legal aftermath. The more I read, the more my morbid fascination grew. The gist of the essay is that due to a legal loophole, the portion of Yellowstone National Park that spills over the state line into Idaho is virtually prosecution-proof for felonies. 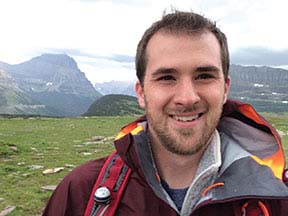 Korey Peterson has been freelance writing since 2015, his work appearing in Backpacker Magazine, Backpacker Online, and on his blog, Bottomofthemountain.com. Korey, who lives in Minneapolis, enjoys backpacking, rock climbing, skiing, and is on his way to seeing all fifty states and fifty-nine national parks.
View all posts by Korey Peterson →
ORDER BY MAIL