Posted on by Alice Elison

Not for Passing Through

My husband’s grandmother, Nettie Mae Turpin Ellis, who grew up in Thomas, was the first person I met on his side of the family after we were engaged, and she didn’t make a good impression. Brent and I had met at the University of Idaho. After our engagement, we took a trip during spring break to where she was then living in Blackfoot to announce the news. The moment we walked through the door, Grandma Nettie picked up the phone to call my husband’s mother.  She announced, “Brent’s fiancée is not the least little bit good-looking. I’d call her wholesome.”

Nettie’s hair was the color of an orange crayon. I have red crayon-colored hair. I learned later that Grandma did not like red hair in any form. And to make me even more unpopular, I wore mine long, really long. If there was anything Grandma Nettie hated more than red hair, it was long hair.

The Turpin family moved to Thomas from Utah when Nettie was six years old. Their ranch was at the end of the old Wilson Road, bordered by the Snake River bottoms. Nettie’s mother died on March 5, 1912, a few months after the loss of her newborn.

Nettie later wrote in a family history that after her mother died, “Father would hire different housekeepers to take care of us.” He advertised in the papers and one housekeeper who came to live with them was Mable Anna Moore, who brought her three children. This was during Nettie’s ninth year. She went to Salt Lake City to live with her grandmother, Joan Jennetta Turpin, for whom she was named. The four other children, ranging in age from five to sixteen, were jealous that they didn’t get the same privilege. “I enjoyed living with my grandmother,” Nettie wrote, “but only got to stay there one year.”

Her father decided people were gossiping about the living situation on the farm and “thought it best” that he should marry Mable. 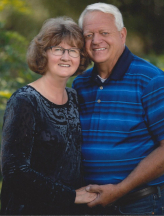 Alice Elison is a fourth-generation Teton Valley native. A University of Idaho graduate, she married the cute guy in genetics class. She and Brent have four children and thirteen grandchildren. Alice has skied, fished, hiked, boated, and golfed throughout the state. A retired anatomy and physiology instructor, she is the Eastern Idaho State Fair Needlecraft Building superintendent.
View all posts by Alice Elison →