I pulled the box trap back from the hole. Would it be a dead gopher or a pile of dirt?

If you own any land or live next to a vacant lot in southwestern Idaho, you have seen them: gopher mounds, everywhere. Those fresh piles of dirt appear in the early spring and continue through summer. They mess up your lawns, divert water from your ditches, and entertain dogs, cats, and kids. The dogs dig for them, the cats crouch, waiting to pounce, and the kids, which is what I was back then in the 1970s . . . well, we set traps.

I imagine the first settlers in the area had their problems clearing the land of rattlesnakes, sagebrush, rocks, and gophers, while dodging and slapping mosquitoes. It was not a forgiving land, but it had potential. The rattlesnakes were pushed toward the foothills and the sagebrush was reduced, but the rocks and gophers are still around to keep us busy. When I became old enough to appreciate the value of money, I learned that if I caught gophers and cut off their tails, I could turn them in for twenty-five cents each at the Owyhee County Extension Office. My cousin Dan was an expert gopher trapper, who earned fifty dollars or more per summer. I did the math: two hundred gophers! I wanted to give it a try on our property, and when a neighbor gave me a couple of box traps and told me how to set them, I was in business. 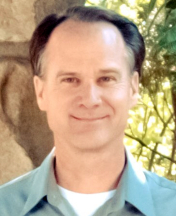 David E. Metcalf was born and raised near Homedale and has raised a family with wife Darla in southwestern Idaho. The youngest of nine children, David enjoys writing stories about life in Idaho, childhood memories, and other inspirational topics. You can find him at davidsdocs.com and on Facebook.
View all posts by David E. Metcalf →