Birthdays sure can turn out better than you ever would have expected.  It was my birthday and my mother told me to be expecting someone. The doorbell rang and I hurried to our blue front door. I opened the door and found myself looking at the waist of a woman.  I looked up; I looked up.  I gasped, I was looking into the face of Julia Child.

I was too shocked to speak, but I opened the door further and held out my arm to welcome her into the house. She was six foot two and was wearing a red and white flowered apron.  Her hair was curly brown and she was carrying her purse over her elbow, her other arm hanging at her side.  I showed her to our white kitchen with its sparkling clean stainless steel counter tops. Gleaming cooper pots hung from hooks on the walls.  I found my mother getting out our largest, heavy saucepan.  She put it onto the burner a little harder than she meant and it made a hissing sound as the water in the pot hit the burner.

Mrs. Child entered and said, “You telephooned, did you not? Katharine Giovanna?”

“Yes I did,” my mother replied, and stuck out her hand.  She held it up higher than usual soMrs. Child didn’t have to bend down.  They shook hands and smiled encouragingly at each other.

My mother was wearing her blue apron and had tied her smooth, blonde hair back into a ponytail.  I was surprised to learn that she had contacted Mrs. Child.  I’m usually around her when she talks on the phone.  I was also surprised but grateful that she had convinced Julia Child to come to our house to cook for my birthday.

What do I know about Julia Child?  I mean, I should know a bit more about her than the fact that she was an excellent cook.  Julia Child was a spy in World War II.  She met her husband, Paul Child, in China.  Also, while they were living in France, she decided to go to Le Cordon Bleu, the famous French cooking school.  Then she wrote a cookbook and taught French cooking to America on television.  My mom had once told me that she and Julia Child had gone to the same high school.*  Maybe that’s why Julia Child answered my mom’s phone call.

While I was pondering my thoughts about Julia Child my mother had taken out rice, onions, tomatoes, garlic, saffron, and some other herbs I didn’t recognize.  She got all the ingredients from the pantry.  Along with the vegetables and herbs, she reached into a cabinet drawer and got out measuring utensils.  I was told that for my birthday dinner I would be served Potage Magali (Mediterranean Tomato Soup with Rice).  I would be helping with the cooking too.

“Put your apron on and wash your hands silly,” the kitchen counter seemed to be saying to me.  It was bearing all the weight of things we would need for cooking, but I had to play my part correctly and get my hands washed and put on my apron.

I washed my hands well for forty-five seconds or so, then put my apron on over my head.

I tied it around my waist and looked at Julia Child.

I turned the burner on under the pot and cooked the leeks and onions slowly in olive oil. While it was cooking, Mrs. Child told me what else to do.

I measured one and a half pounds of the bright red, fresh tomatoes.  I peeled and halved the tomatoes and squeezed out the seeds, and saved the juice.  I chopped the tomato pulp roughly and  stirred it in with the leeks and onions.  When the juice leaked into some paper cuts on my hands, it stung really badly, but I kept on chopping.

“You will need fooor large cloves of garlic, either minced or mashed.”

I mashed the garlic carefully and added them to the pot.

I set the timer for three minutes and stirred.

I looked at my mom and she gestured toward the refrigerator. I took the liquid measuring cup and filled it with chicken broth to the 4 and 1/2 cup line.  I added the tomato juice and the water and brought it to a boil on Julia’s instructions.

I didn’t realize how much measuring had to be done before I could actually get to the cooking part.  I measured the rice and sprinkled it into the saucepan.

Before I could ask, Julia said, “You’ll need an eight inch square of washed cheesecloth to put the herbs in for flavoring the soup.”

I got out our roll of cheesecloth and cut an eight inch square and looked at Mrs. Child again.  “Six parsley sprigs, 1 bay leaf, 1/4 teaspoon thyme, 4 fennel seeds, and 6 large basil leaves.”

What? Okay, I can do this, I listened to her and got 6 parsley sprigs and 1 bay leaf.

Mrs. Child knew I probably hadn’t got it all and she repeated the last three ingredients, “1/4 teaspoon thyme, 4 fennel seeds, and 6 large basil leaves.”  Once again, I measured the ingredients and put them in the cheese cloth.

“You’ll need a large pinch of saffron threads and salt and pepper.”

I put the ingredients in and tied up the cheesecloth. I put the herbs in the pot and let it simmer for thirty minutes, just as Julia Child instructed.

Mrs. Child told me to carefully taste the soup and see if it needed more herbs or tomato, or salt or pepper.  The soup had the wonderful smell of olive oil, garlic, and onions.  It had a tomatoey taste with rice that couldn’t have tasted better.  It didn’t need any improvement.  The soup was hot, but not so boiling that it would burn my tongue off.  I couldn’t wait to have it for dinner.

I found out Julia was staying for dinner and my dad was bringing wine and sparkling apple juice on his way home from work. The table was set and we were all sitting down when my mother brought in portions of the soup.  The rice was floating lightly in the middle and the tomatoes were all around the bowl.

We sat down at the dinner table, and before I knew it, I heard the wonderful, but old chorus of:

Happy Birthday to you

Happy Birthday to you

*Note:  My mother actually went to the same high school as Julia Child, but it was many years after Julia went there. 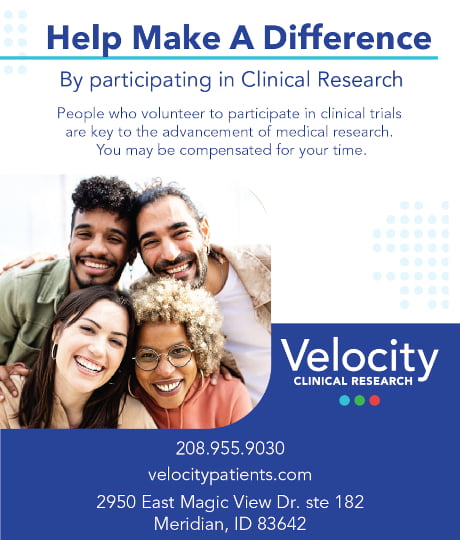