Posted on by Virginia Woods Meyer / Leave a comment

By Virginia Woods Meyer You stole my paste!” The accusation pierced the air, shrilled above the clang of chains on the playground swings and the rings from which I swung. Then she hit me. Strong brown hands grabbed
READ MORE

We met through a mutual friend in Kamiah. He said his name was Bear Claw. He was a mountain man, dressed in brain-tanned buckskin clothes that he made and a round-brimmed hat to withstand the wet weather as well as for shade during warmer days. Continue reading → 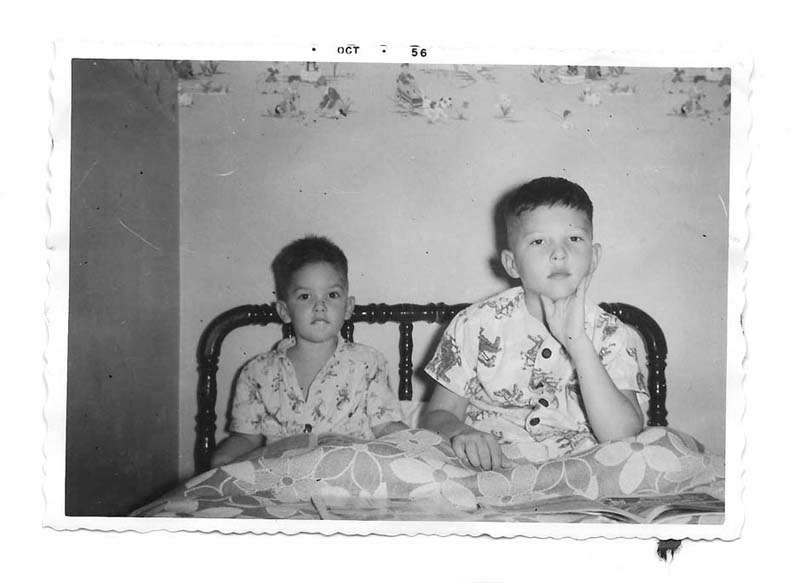 In Kamiah, during my boyhood of centerpieces and linen tablecloths, fences were rarely needed, daycare was uncommon, children were expected to mind their elders, and parents insisted on knowing what their children were up to at any given time.

If I was caught misbehaving, any friend or neighbor could straighten me up and my parents would have been appreciative. That was how the community helped to raise children.

My memories of many childhood events are vivid, maybe because I was an intense and serious youngster. I remember as a four-year-old, I was obstinate, didn’t listen to my parents’ hard-earned wisdom, considered myself all grown up, could tie my own shoes, and believed I was always right. I suffered my parents only insofar as they fed and clothed me. By almost everyone’s account, I was an insufferable brat, although Granddad Chetwood thought I was hilarious. He always grinned when I was with him, and it was years before I understood how much Granddad enjoyed grabbing me by the seat of my pants just before I stepped off into one folly or another.

Granddad was elsewhere on one particularly hot July afternoon, which was fortunate for me, because I didn’t have to try to explain to him how I landed myself in this latest predicament. Otherwise, he would have patiently knelt in the grass next to me, patting me on the back and smiling that understanding smile of his. It was much later before I finally realized that trying to justify my actions only would have caused Granddad’s grin to widen even more.
Continue reading →