Posted on by Virginia Woods Meyer

You stole my paste!”

The accusation pierced the air, shrilled above the clang of chains on the playground swings and the rings from which I swung. Then she hit me. Strong brown hands grabbed my hair, shoved, and pushed as I tumbled to the dusty turf. Taken aback, ﬁrst by the accusation and then by the sudden, jolting fury of her actions, I crumpled into a heap as the teacher in charge of the playground demanded, “What’s going on here?”

Now, many years later, memory of that incident ﬂashed through my mind—the surprise, the horror, the indignity, the embarrassment—as I heard someone ask, “Do you remember Josephine?”

“Remember? How could I forget?”

We were living that year with my recently widowed grandfather. Dad’s work as an appraiser for the Federal Land Bank kept him away from home throughout the week and to economize, the decision was made to combine households. That way mother could cook, keep house, and look after Grandpa.

As a pioneer resident and one of the founding fathers of the little community of Kamiah, Grandpa’s position secured immediate recognition and acceptance for my sister and me when we entered school in the fall of 1936. For once, I felt none of the estrangement that so often colored a move to a new school. By the time I was eleven years old, I had lived in twelve different houses and changed communities seven times.  Such a record would seem to imply that Dad was a drifter, but the truth was quite the opposite.  Each move represented an opportunity to improve his situation, always with an eye to providing a better life and security for his family.  His reputation preceded him, and more often than not, employers sought him out, rather than his seeking new employment—a rare situation during these Depression years that had begun in Central Idaho during the early 1920s and continued until the 1940s and World War II. 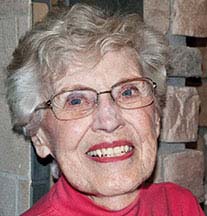 Virginia Woods Meyer regards retirement as time to enjoy family and friends, travel, exercise some, and write. Credited as the author of four published books (available online at Amazon.com) she currently leads a “sharing time” writing group at Meadow Lake Village, Touchmark, in Meridian, where she now resides.
View all posts by Virginia Woods Meyer →
ORDER BY MAIL