Posted on January 1, 2014 by Marylyn Cork / Comments Off on Suffer No Hot Dogs

The boy was sulking. Even sixteen-year-olds do that sometimes. In this case, my grandson Jesse was intent on trying to convince me to drive my truck to Priest Lake so he could take his little fishing boat along on a camping trip.

It’s a rowboat, basically, although he does have a motor for it and takes it out on small lakes and the Pend Oreille River near his home.

“There’s no point in it,” I remonstrated. “Your Uncle Kurt has decided to go along on this camping trip, and he’s taking his fishing boat. You won’t need yours.”

Still, he sulked, until we arrived an hour later and he got his first glimpse of that huge, beautiful lake, one of northern Idaho’s celebrated Big Three. (Priest Lake has 23,000 surface acres and nearly eighty miles of shoreline.) Perhaps Indian Creek Bay, at the campground, looked a bit intimidating for a boy in a rowboat. With a lighter heart, he clambered aboard his uncle’s eighteen-footer and away they went, along with his two teenaged cousins, intent on catching a few of Priest Lake’s celebrated mackinaw trout. We three women stayed behind to set up camp. Continue reading →

Posted on July 11, 2013 by Gabrielle Saurette / Comments Off on Dare I Say Bear?

Fear is Invisible, But It Has Claws By Gabrielle Saurette This content is available for purchase. Please select from available options. Register & Purchase  Purchase Only 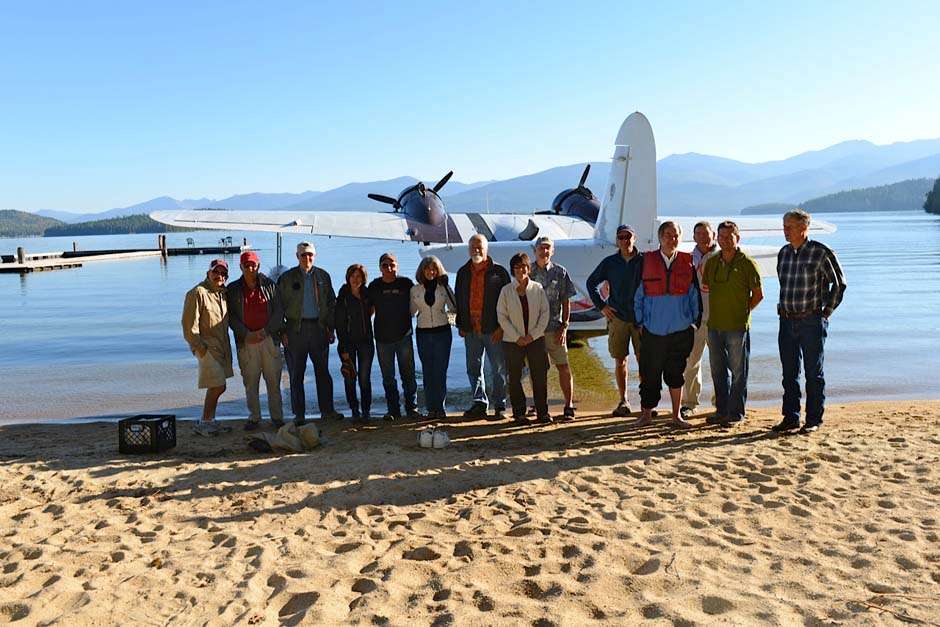 Posted on February 21, 2013 by Mike Kincaid / Comments Off on Two Hundred Dollar Pancake

The aviation phrase, “hundred dollar hamburger,” was common in the good ol’ days —prior to the 2008 election— back when both gas and hamburgers were cheaper.

It referred to jumping in an airplane and flying to another airfield for lunch, which even then was a big price to pay for a gut bomb that usually began its slow detonation on the flight home. But now that gas prices have doubled, it seems crazy to fly cross-country just for lunch. So, how about breakfast instead? Continue reading →