Posted on by Glenn Theberge

And Tutelage on How to Eat Them

On our way to the crawdad hole at Malad Gorge years ago, my sons Aaron, Luke, and I encountered a strange man who blocked the path. He was unstable and had to catch his balance occasionally. He didn’t have a sack on his back but a large, smelly bucket hung from his left hand. His clothing was ragged and his gray hair, what was left of it, was dirty and unkempt. He greeted us with a partially toothless smile that showed past his unshaven face.

“Howdy.” He dribbled spittle when he spoke.

The breeze carried odors of fish and bourbon.

“Yep.” He groaned, and then said, “Got me some crawdads. I see you got equipment. Goin’ fishin’?”

Smilingly, I replied, “Yep, we’re going after some crawdads. What will you do with all yours?”

I shrugged. “Throw them back in. It’s just fun to catch them. How do you cook them, anyway?” 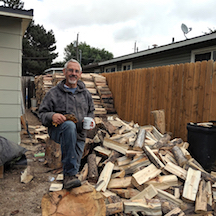 Glenn Theberge moved from to Wendell from Amesbury, Massachusetts, in 1977. He's the father of four children, two stepchildren and seven grandchildren. Glenn has been studying creative writing at College of Southern Idaho, and is working on his memoirs.
View all posts by Glenn Theberge →
ORDER BY MAIL