On the drive home to Boise after a weekend in McCall, my husband Si and I zipped around a corner and looked twice. A forest-green sedan tilted over the shoulder on the road’s cliffside, front end down. We could see two heads, one gray and bald, the other covered in a white-haired bun.

We already had driven the long straightaway of Highway 55 through Cascade and Donnelly, flanked by forest and meadows. We’d gone over the narrow bridge and now were following the curve of the Payette River. It’s a gushing torrent in spring, but it had subsided to a gentler pace during this summer season.

“Good thing they didn’t go off the other side,” said Si. “They’d be in the river.”

He turned onto the dirt access road near the cliff and pulled over.

The driver and passenger exited the vehicle, clambered up the berm, and Si met them partway. The woman’s hair straggled along her wrinkled face. The male driver, Fred, told us his wife’s name was Erma and they were both in their nineties.

“It was his fault,” she said sourly, glaring at her husband. “I had to go, and he wouldn’t stop the car.” Her voice quavered and her hands shook.

“I saw that turnoff at the last minute and swerved, then lost control of the car. Guess I was goin’ a little too fast,” he said sheepishly. 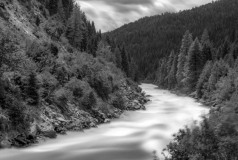 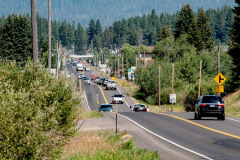 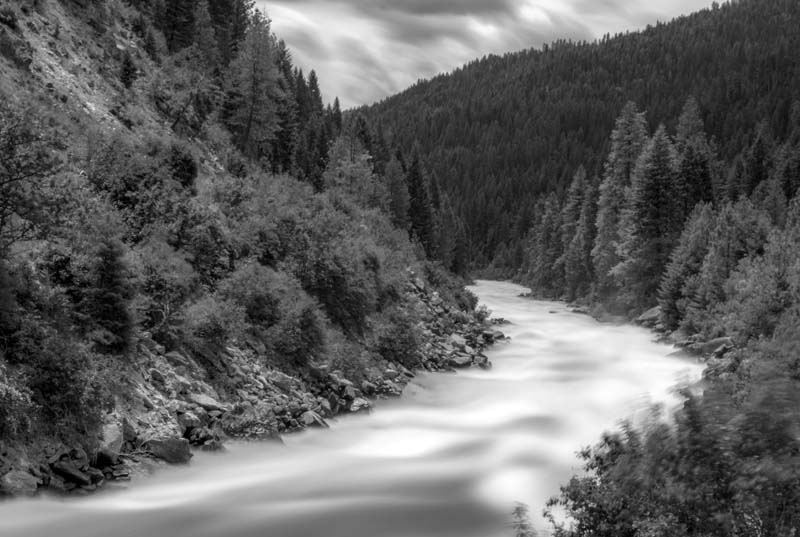 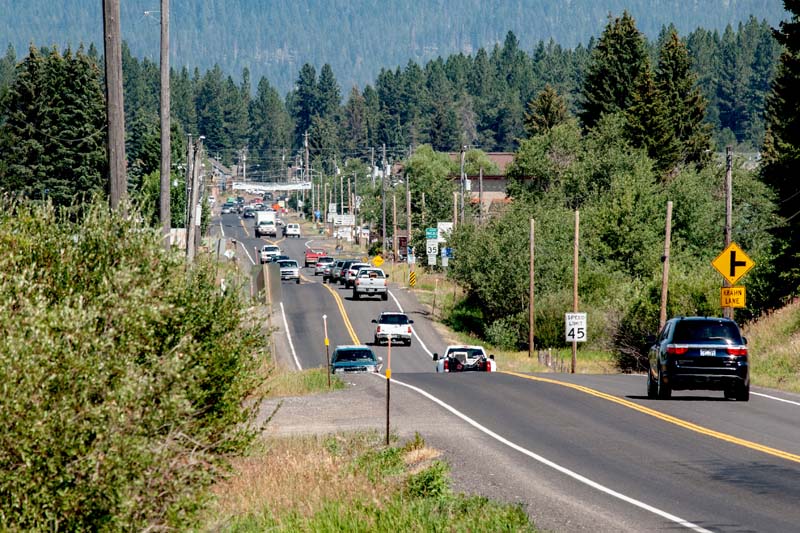 Kim Steinberg has lived in Boise since 1981. Her work has been published in this magazine as well as Writers in the Attic, The Cabin Anthology, Bewildering Stories, Shut Up and Write Zine, and Potato Soup Journal.  She is currently editing an around-the-world travel memoir.
View all posts by Kim Steinberg →
ORDER BY MAIL