Posted on by Shirley Moon

George Dunning and the Cattle War

For those who like exciting or even shocking Old West stories, here’s one: last summer, I learned that my great-uncle, George Dunning, of Owyhee County, had been a well-known Idaho gunfighter. He was recruited to participate in the infamous Johnson County Cattle War in Wyoming in 1892 and later wrote a forty-four-page confession of his role, which was preserved in a sheriff’s personal papers until its discovery more than a century later. But back when all this happened 129 years ago, George Dunning’s story truly blazed a trail across the country in many newspapers.

Before I explain how I rediscovered this nonfiction tale, let me give some background. I’m an Idaho native, born and raised in my early years in Owyhee County, the largest county in southwestern Idaho, which is mainly desert fauna and flora. When I was fourteen, my parents moved to another state because of a better job for my father. I moved back to Idaho after my husband passed away, when I was in my sixties. My mother, who was then in her eighties, tried to get me interested in our family history. She had two huge boxes of yellowed, dusty papers and many photographs, some of them 125 years old, much of which reflected the history of her side of the family, the Dunnings. I literally groaned as I began a systematic process of organizing the photographs and multitude of documents that were then meaningless to me. The papers related to my mother’s great-grandfather, Josiah Dunning, as well as his two sons, George and Dow Dunning. They were early pioneers in Idaho whose paths changed individually as the family settled into the attitudes, activities, and dreams of developing the Old West. 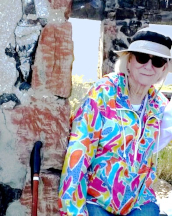 Shirley Moon was born in Bruneau and lived in Idaho until age fourteen, when she moved with her family and obtained a professional degree. After her husband’s death, she moved back to Idaho in 2004, and began to reclaim her family connections to Owyhee County. She says each time she visits there, she feels overwhelmed by the beauty and endless serenity of this “forgotten corner of the West.”
View all posts by Shirley Moon →
ORDER BY MAIL