Posted on September 1, 2018 by Julee Posyluzny

Story and Photos by Julee Posyluzny

My love for Acequia began in 1995, when my husband Gary and I relocated to Idaho after living in the South Pacific for seven years. We moved to Rupert, where Gary was offered a position at the Idaho Youth Ranch. Acequia is just four miles northeast of Rupert off Highway 24, heading out to the Minidoka Dam. Make a left at the new school, cross the tracks, and you’re there.

Although moving from the tropics to the desert was a bit of an adjustment, I was somewhat familiar with southern Idaho, as my mom had grown up in Teton Valley, where we spent many summers going on pack trips by horseback. What I wasn’t prepared for was the winter weather our first year. We quickly invested in snow removal equipment, and were ready for subsequent winters. My husband now looks forward to the arrival of snow and enjoys plowing for our neighbors.

My first encounter with the area’s winter was years earlier, when a group of roommates and I at Brigham Young University in Provo, Utah, decided to drive home to Spokane for Christmas. We ran into treacherous road conditions and slid into a snow bank. A farmer from Rupert happened along and pulled us back onto the highway. I often wish I had asked his name. There’s a good chance he was a relative of someone I know now. The best advice I received when we moved to this part of southern Idaho was, “Be careful what you say—everyone is related.” More than twenty years later, I’m still finding out about family connections.

It was late November when we moved to Rupert, and I knew my chances of finding a teaching position were slim, so I applied to substitute teach in Minidoka County Schools. That was when my love for Acequia began. I was called to substitute in many of the schools, but I particularly enjoyed my days at Acequia. There was something about its little country school feeling that I loved. I told myself if a position ever became vacant, that was where I wanted to be.

An opening became available the next school year, and when I was invited to interview for the job, I explained to the principal that I was expecting a baby that November. I’ll never forget his reply: “Babies don’t stop us—children are our business.” I’m happy to say the children of Acequia have been my business for the past twenty-three years. 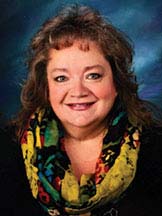 Julee Posyluzny lives with her husband just south of the main canal near Acequia. An instructional coach at Acequia Elementary, she holds a master’s degree in educational leadership. She enjoys sewing, quilting, arts and crafts, and country living. Her husband, retired from USAF, is a school psychologist. Their daughter is a barber/stylist in Boise.
View all posts by Julee Posyluzny →
ORDER BY MAIL