Posted on by Trevor James Bond

There was snow on the Palouse and rain in Lapwai on a morning last November 23, when Nakia Williamson-Cloud and I climbed into his SUV. Our ride was short from his office at the Nez Perce Tribe’s Cultural Resources Program to the chamber rooms of the tribe’s executive committee. At the entrance, we checked our temperatures in deference to COVID-19 issues and then waited, full of anticipation, to be called into a room where a delegation from Ohio was about to do something unprecedented: return $608,100 to the tribe.

This was the amount the Nez Perce had paid to the Ohio Historical Society in 1996 for the Wetxuuwi’tin’ collection (formerly known as Spalding-Allen Collection), the oldest, best-preserved, largest, and most-documented assembly of Nez Perce (Niimíipuu) material culture anywhere in the world. [See “Return of the Captives,” IDAHO magazine, October 2021.]

I felt nervous and excited. Nakia had invited me to join him for this momentous occasion the week before. I’m a librarian at Washington State University and last year the university’s press published my PhD dissertation, Coming Home to Nez Perce Country: The Niimíipuu Campaign to Repatriate Their Exploited Heritage. In writing it, I had collaborated with Nakia and his program and with National Park Service curators to tell the story of Wetxuuwi’tin’. The book concludes with the renaming ceremony in 2021, but this was a new chapter in the life of the collection, and I was grateful to be part of it. I never had entertained the thought that the Nez Perce Tribe would see the unjust price they paid for the collection refunded. 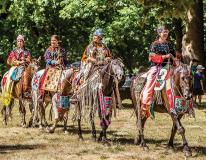 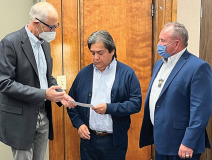 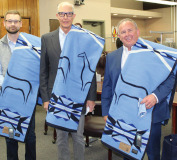 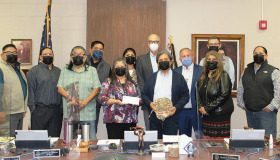 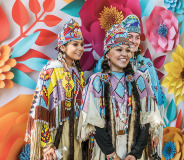 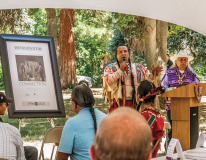 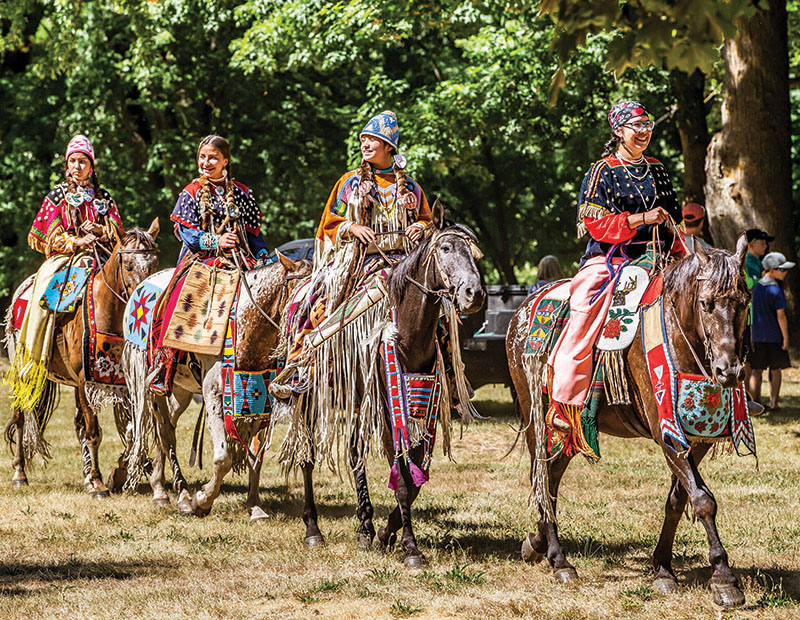 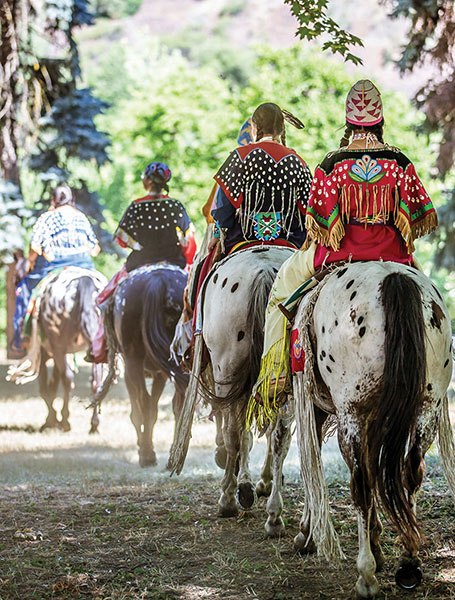 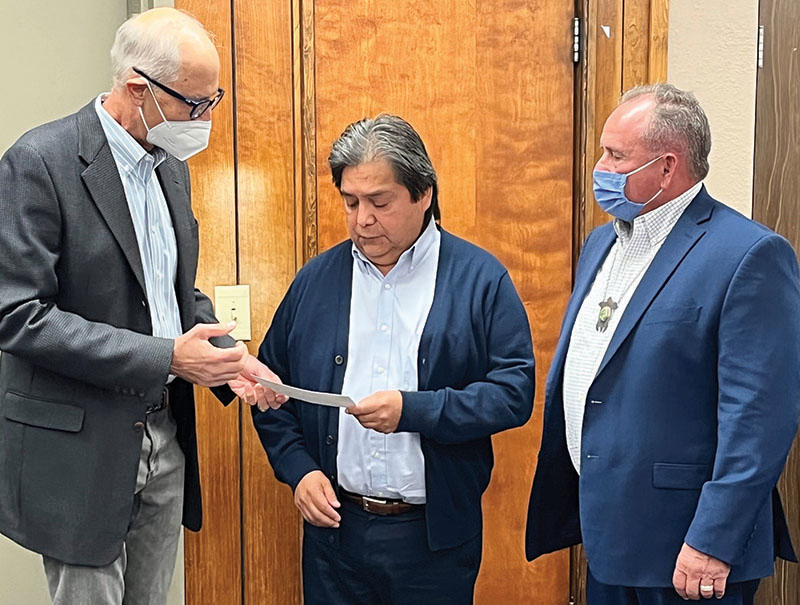 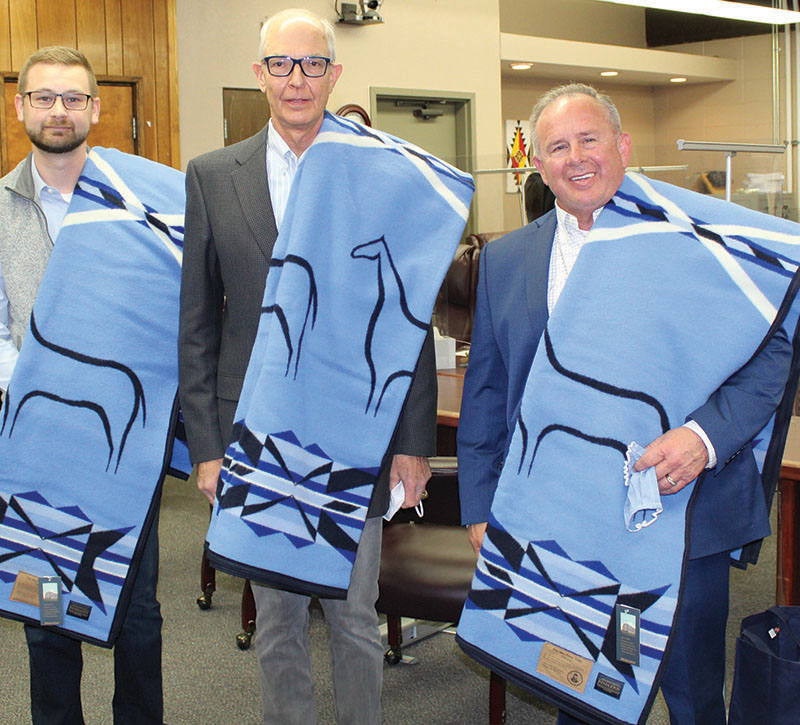 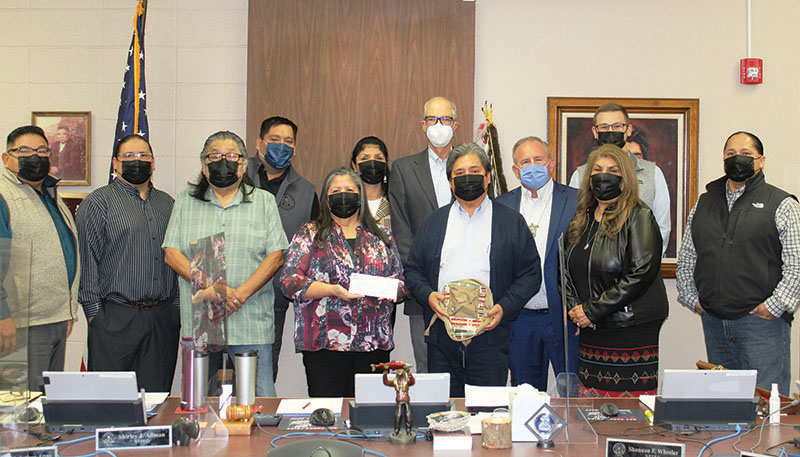 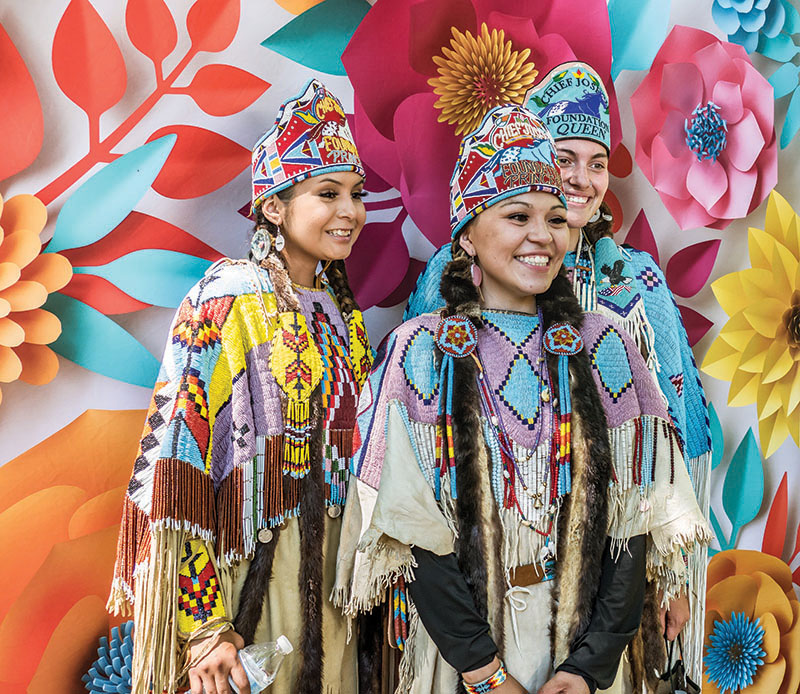 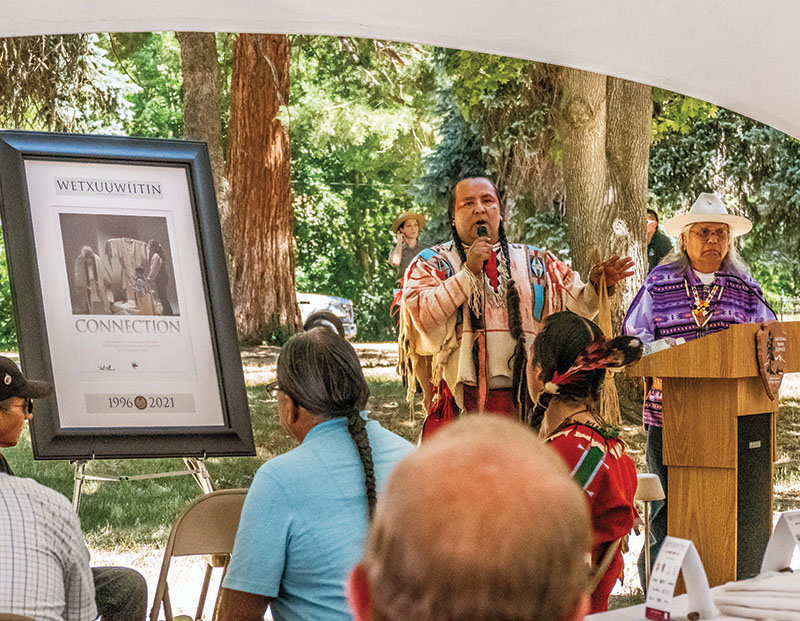 We received word to come into the committee chambers and found seats behind the delegation from the Ohio History Connection (OHC), formerly known as the Ohio Historical Society (OHS). The group included CEO Burt Logan, board member Billy Friend, who is chief of the Wyandotte Nation, and Alex Wesaw, director of tribal relations, who is a member of the Pokagon Band of Potawatomi.

“For me to say I understand and comprehend what your tribe has suffered would be a lie,” Burt Logan said. “But I do know something about fundraising. What you accomplished twenty-five years ago is a case study in fundraising. In a different way and at a different time you, like your ancestors, exhibited bravery, courage, and determination to reclaim an important part your cultural heritage.

“I have the greatest respect and admiration for what you accomplished in 1996. At the same time, I deeply regret that you had to expend the time, energy, and resources required to raise $608,100. If Wetxuuwi’tin’ was in the possession of the Ohio History Connection today—and I intentionally say ‘possession,’ not ‘ownership,’ because ownership of these items always resided here with your tribe—we would freely and joyfully return these items to their rightful home …We cannot undo what happened, but we can return the money you worked so hard to raise.”

This historic moment had its roots back in the 1840s, when the first missionary to the Nez Perce Tribe, Henry Harmon Spalding, packed a collection of stunning shirts, dresses, and other items and shipped them to a supporter, Dr. Allen, in Ohio. The collection passed to Allen’s son, who then donated the materials to Oberlin College. The college loaned the collection to the OHS in 1942, where it remained until 1979. In consultation with the Nez Perce Tribe, the National Park Service borrowed the collection but after thirteen years, the OHS recalled it. After two years of intense negotiations, the Nez Perce Tribe offered to purchase the collection for $608,100 with a six-month deadline to pay in full. The tribe launched a brilliant fundraising campaign and met the goal one day before the deadline. More than two thousand individuals sent in donations in affirmation that it was wrong for the tribe to have to pay for their own belongings.

A group of volunteers was charged by the tribe to select an appropriate Nez Perce name for the collection. Nakia, who was a member of the renaming committee, told me that tribal historian Allen Paul Slickpoo, Sr. had first mentioned back in 1996 that the collection needed to be renamed, but to achieve the goal took time. In 2021, after careful consultation with elders, the committee decided upon the name Wetxuuwi’tin’, which means “returning home after being far away.”

Ann McCormack, who is the tribe’s economic development planner and was chair of the renaming committee, told me a main goal was to demonstrate to tribal members, especially children, that the collection had been saved for them. “It is part of their legacy and they are the stewards of the collection. It belongs to them.” Ann said the committee invited both the OHC and church leaders to the renaming ceremony, because “nothing stays the same and over time change is bound to happen.”

This invitation took OHC officials by surprise. When I spoke with Alex Wesaw, he said the invitation was the first time he and Burt Logan had heard about the sale of the artifacts to the tribe. “We asked everyone who we thought might know something about it, and no one knew anything. So it was pretty shocking,” Alex told me. “I could tell he [Burt] was very frustrated. He did not believe it was right.”

“We were unanimous,” said Chief Billy Friend. “We felt like we ought to give the money back to them, because it was the right thing to do.”

This represented a dramatic change in OHC over the years. A board member at the time of the sale, when the group was the OHS, told me he thought they “could have done better with the selling price. I was upset that they did not get enough.”

Nakia thinks this change in stance came, in part, because tribal people now represent the OHC. He told me they “saw with their own eyes and felt with their own heart what was going on.” Reflecting on the renaming ceremony, he said, “The tel-lik-leen, when we ride around on horses, it’s a way in which we remember and memorialize our past people. And that’s why we wear our best [regalia], those things that were passed down.”

I asked Nakia about his reaction when he received a call from Billy Friend, who told him the OHC planned to return the money. “Initially, I was pretty surprised,” he replied, “but when I thought about it, I wasn’t that surprised. I think what it does is illustrate that institutions can change.”

Nez Perce Tribe Chairman Samuel Penny confided, “For me personally, it was quite a difference from the current Ohio History Connection and the former Ohio Historical Society, in changing their view towards the collection.”

Ann McCormack told me about her elation when she first heard the money would be returned. “What a wonderful act of healing for the Niimíipuu people! I thought to myself, when has there ever been such a happy ending to a story like this?”

Chief Friend felt the same way. “It was definitely one of the highlights of my time as a tribal leader, to be a part of that ceremony and that check presentation,” he said. “That was an almost insurmountable task to raise that money in [1996]. It just shows you how important those artifacts were to the Nez Perce.”

Chairman Penney and Ann told me the returned money will be divided into two endowments. Three hundred thousand dollars will go into a Wetxuuwíitin’ investment fund and, starting in 2026, a committee will award two scholarships for Nez Perce students pursuing graduate studies. “The second category is arts acquisition,” the chairman said. “A little over three hundred thousand will be placed in an investment fund for the purpose of acquiring or reacquiring cultural items of significance to the Nez Perce Tribe.” The remaining $8,100 will be used for a cultural event.

Ann expressed hope that the story of the Wetxuuwi’tin’ collection can be “a shining example to other individuals and organizations about doing the right thing and returning items that belong to tribes.”

Nakia reflected, “Our language, the land, the resources, these things that we call material culture, they’re all really one thing. In order to make that whole again, all these pieces have to come together.” He added, “Let’s all be clear that Spalding never intended for these items to come back to us. But ultimately, what happened was a testament not only to our resilience, but to other people’s acknowledgement of basic humanity. Although Spalding’s removal of the collection at the time was a hostile action that was never intended to serve our people and our community, it nevertheless ultimately preserved one of the oldest [American tribal] collections ever documented. And all his letters added documentation and provenance to something that otherwise would have been totally lost.”

Items from Wetxuuwi’tin’ are on display at the Nez Perce National Historical Park in Spalding. To see additional information on the collection, including lesson plans, visit https://nezperce.org/renaming/ For cultural interpretations and images of the collection, visit the Plateau Peoples’ Web Portal. Donations to the nonprofit arm of the Nez Perce Tribe may be made at www.thenezperceway.org. 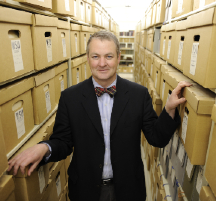 Trevor James Bond is director of Washington State University’s Center for Arts and Humanities, co-director of the Center for Digital Scholarship and Curation, and associate dean for digital initiatives and special collections of the university’s libraries. He holds a Ph.D. in history. His book Coming Home to Nez Perce Country is available through bookstores nationwide, from WSU Press at 800-354-7360, or online at wsupress.wsu.edu.
View all posts by Trevor James Bond →