And Lack of It Almost Killed Me

Story and Photos by Jessica Tookey

A curly-headed little girl barely old enough to hold a pencil began to draw and to write under the tutelage of her older sister, using her left hand. This little girl was me. My sister taught me to write before I started school, and my grandfather said I sent him picture stories before I could write letters to him. I never encountered an adult who wanted to change me until kindergarten. My teacher decided I should switch to my right hand, because I held the pencil incorrectly in my left. Many years later, when I found this out, I was annoyed with that teacher for not allowing me to be me. At the time, I had no idea she would be the first of many well-meaning adults who wanted to change me, although her interference did turn out to be a blessing, which I’ll explain later.

I excelled in all things artistic. I joked that I was so good at it because my family was boring. They really weren’t, but as a child, I thought they were. Whenever we visited family, I would get bored out of my mind sitting there (we had to stay inside and “spend time” with each other). Rather than sit and twiddle my thumbs like everyone else, I brought my sketchbook. I would make a drawing in my grandparents’ house and then give it to someone when it was time to leave. Everyone always told little me I was very good and I would reply excitedly, “I’m going to be an artist when I grow up.” Yet it seemed the adults never failed to smash my dreams by saying, “That’s a great hobby, but what are you going to do for a real job?” Throughout elementary school, the well-meaning adults in my life—teachers and family—continued to try to guide me to a “real job,” until I felt completely lost. I knew in my heart I was an artist, but they kept telling me I couldn’t be one when I grew up. 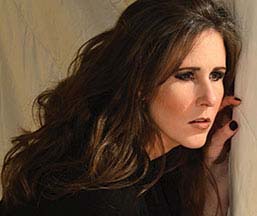 Jessica Tookey is an Idaho native who has been creating art all of her life. For eighteen years, she found joy in teaching many students the love of art. She now creates full-time in her Boise home with her four cats, four dogs, and her husband. See more and get in touch at www.CJsHouseofArt.com
View all posts by Jessica Tookey →
ORDER BY MAIL