Posted on by Amanda Venema

No Way Is It Vanilla

It’s a cold fall night, and the sun has already set. The building is darker than usual and the sparse lighting that previously seemed cozy is now foreboding. Several police officers mill about, and I peek around the corner as two slim men with long gray beards, twins, are put into cuffs and led out the door. They’ve violated a restraining order. For me, it’s another day on the job—at the public library.

In 2014, I was a senior in high school searching for a starter job and couldn’t have been more excited to hear about an opening at the Madison Library District in Rexburg. I put in an application and jumped for joy when I got the job. Already, I saw myself reading quietly in a corner and helping sweet old ladies find books. I never would have guessed that this job would show me a new side of Rexburg and its residents. Surprisingly, the work has taught me how to retain an optimistic view of humanity despite people who seem determined to prove me wrong.

From the outside looking in, the library is a place of wonder. Cleanliness reigns supreme, everyone is all smiles, and each and every thing is in its proper place. But from the inside looking out is an entirely different view. I now consider the library to be a place of organized chaos. Personally, I find it endearing, although some of our patrons unfortunately feel otherwise. Once, I witnessed a “pillar of the community” losing her cool over a print job. Her face turned beet red and I swear a vein stood straight out on her neck. She leaned forward until her face was inches away from my coworker and yelled at the woman, who is one of the sweetest people on the planet. It’s hard to imagine anyone harboring hard feelings against her, let alone screaming rude phrases into her face, eventually reducing her to tears. And that was far from the only time bad behavior was thrown at my coworkers and me. I’ve witnessed rude comments, unnecessary messes, destruction of books, and many odd things left pressed between pages, from bacon to love letters. It soon became easy for me to assume that the public was overwhelmingly rude, because episode after episode seemed to prove that nobody cared for anyone else. 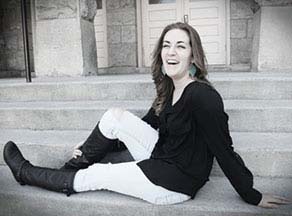 Amanda Venema is a student at Brigham Young University–Idaho. Born and raised in Rexburg, she lived for several years in Florida, loves to be outside, especially at the beach or in the mountains, and is an avid reader. If you’re lucky, she’ll let you listen to her rap along to the song “Fergalicious.”
View all posts by Amanda Venema →
ORDER BY MAIL