Birds on the Brain

Posted on by Dale E. Toweill

As Interesting as Things Get

Moscow’s most famous resident in January 2014, at least among birdwatchers, was a northern hawk owl.

A bird normally found only in the northern provinces of Canada and Alaska, it had decided to winter in the relatively balmy city, perching daily alongside a busy highway adjacent to a grocery store, where it sometimes startled shoppers as it swooped through the parking lot. News of this rare visitor brought “birders” from across the United States to Moscow to see the owl, and add it to their list of bird species observed.

I was one of them, having made the drive from Boise over mountainous roads in the middle of winter just for a chance to see and photograph the bird. Fortunately for me, it was still perched alongside the parking lot when I arrived, seemingly unconcerned about the traffic and human activity all around.

In the popular mind, I think birding is the kind of thing pursued by kids and old folks who are a bit out of touch with the real world of business and entertainment. To some people, birdwatching is about as interesting as watching grass grow—and I’ll bet most people believe it is less financially demanding than attending a local sporting event.

That’s NOT my reality at all.

Now, I will admit that in my case there is a smidgen of truth to the part about being old. I am retired following a career that was supposed to keep me active outdoors but all too soon turned into an office job administering programs and budgets and supervising other folks doing the stuff I love to do. And I’m still more enthralled with wild things—wild animals, wild landscapes, and such—than with the demands of the business world or the shenanigans of human “stars” I’ll never meet. But hey, nature is what brought me to Idaho. 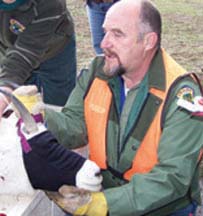