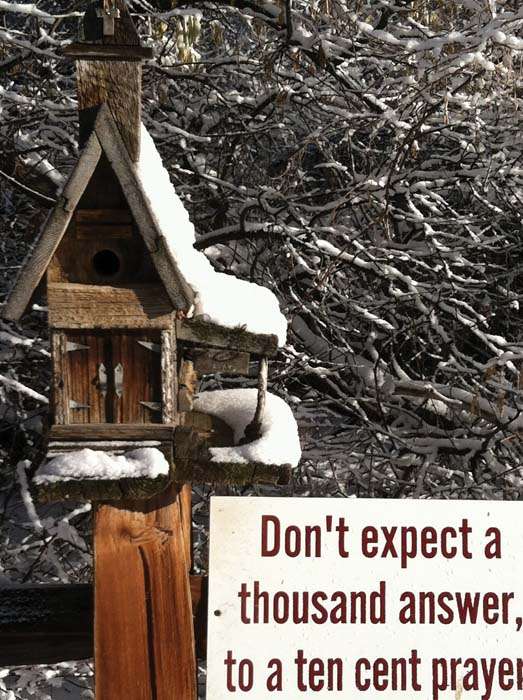 A Hidden Excursion into the Age of Innocence

This was a bad idea,” I told myself as I drove up Highway 45, south of Nampa. Curious about a place friends had told me of, Cleo’s Trail, I decided to take an afternoon off from work and visit. Two problems: I got a late start, and it was raining buckets.

With wipers on full speed, I was questioning my wisdom, or lack thereof. Then something interesting happened. The closer I got to Cleo’s Trail, near the Snake River, the better the weather got. Driving over the last hill, the clouds parted and the rain stopped. My mood brightened, too, and I sensed I was about to have a singular experience.

Before me was the old Walter’s Ferry site. To the left were two houses, with an open gate beyond them. An overhead sign read, “This place was built as a vibrant faith adventure.” That sounds like something I can use, I thought. I could see several old-style houses, barns, and a little chapel. To the left was a vacant parking lot, and I found out why. The trail closed at five. I looked at my watch: 4:45. Fifteen minutes to explore. I decided I would snap some photos and move quickly through.

Amy Story is a food and adventure writer, artist, and art instructor. She makes her way through the state looking for good recipes and new friends, often found simultaneously.
View all posts by Amy Story →
ORDER BY MAIL