Story and Photos by Greta Rybus

I ask my mom for the keys to her car, the way I did when I was seventeen.

I wake up early, drive out of the foothills and down Boise’s State Street, past my dad’s favorite lumber store, to re-enter the hills from a new angle. Every so often, I need a day like this. It’s just me, a water bottle, my wallet, and my camera. No true plan, just a direction. On this day, it’s north toward Horseshoe Bend. I want to go somewhere new in a place that feels familiar.

I live in Maine now, and on this September day, it has been almost a year since the last time I was in Idaho. I moved away the summer after high school, nearly ten years ago. I like coming back in September, the prettiest time of year almost everywhere in the United States, but especially in Idaho. In that month, Idaho is a romance of golds and browns, hard workers and harsh sunlight, open space and wildness. 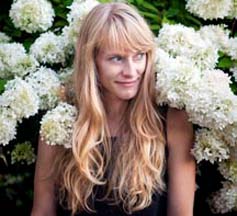 Greta Rybus is a freelance photographer originally from Boise and now based in Portland, Maine. She studied photojournalism and cultural anthropology at the University of Montana. Greta specializes in editorial portraiture, food, and travel photography. She loves Idaho in the springtime, when the bachelor buttons are blooming in the foothills. See more of her work at gretarybus.com.
View all posts by Greta Rybus →
ORDER BY MAIL