Posted on by Eileen Barayasarra

I liked the article on New Plymouth [“Cowgirl Style,” April 2019]. I was in love with New Plymouth when we lived there. My grandmother and I came to Idaho on the train from Deming, New Mexico, in September 1943, when I was four. My mother had to stay and pack things to ship—and she got rid of a lot. She arrived on New Year’s Day 1944.

Gran and I first stayed with her eldest daughter’s family on their farm at Greenleaf. They had seven children, so it was crowded. Then we stayed a while with Gran’s eldest son and family at New Plymouth. They must have been renting that place, as he shortly went to southeast Oregon, where he managed the famous Alvord Ranch. By then, Mom was here and we lived in Caldwell.

When I lived in New Plymouth, my cousin Jerry was five and his sister Lois was eight. When Halloween came, we raked up piles of leaves in the front yard. At night, as soon as it was dark, Gran read a story to keep Jerry and me busy. Soon my Aunt Elsie called from the living room.

We ran to the window, and there was a witch, dancing around a pile of burning leaves in our front yard. She was small—about the size of a third-grader—but she was a real witch. She scared us half to death. We had to go to bed, but we didn’t sleep well. 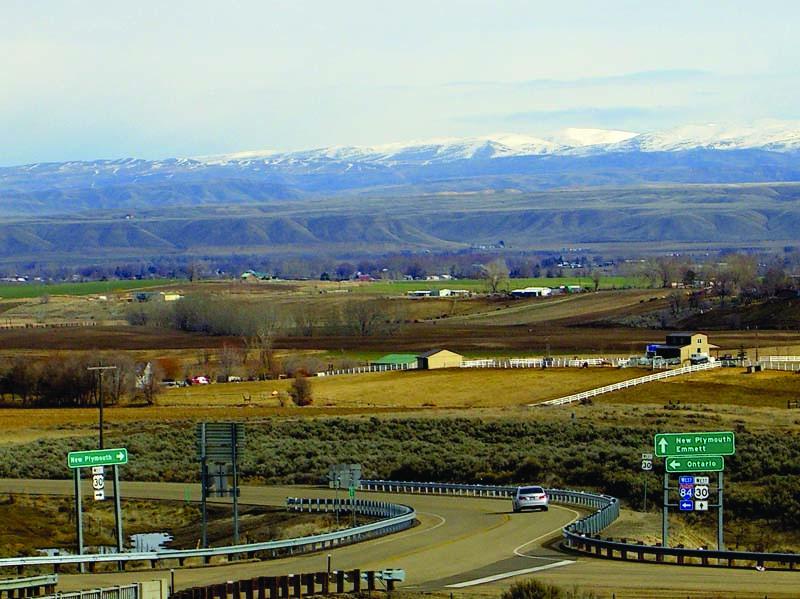 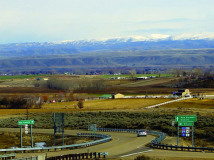 In late November, we went to Ontario to do some Christmas shopping. As we approached the door of an apartment store, out walked four or five women dressed in long black robes, with only a touch of white around their faces. I shrank back against the wall, hoping they wouldn’t see me.

Not Jerry. In a deafening voice, he screamed, “Mama, witches! OLD witches!”

Those nuns laughed so hard. Gran and Aunt Elsie were embarrassed and kept apologizing to them, but the nuns were having the best laugh they’d had in a long time. When we got back in the car, the adults explained the difference between nuns and witches.

I have another New Plymouth story, which was told to me around twenty years ago in Nampa. Two of my friends had used-book stores next to each other in Nampa. I was coming out of one of them and saw an older man approaching on the sidewalk. He stopped to chat, and told me of growing up in New Plymouth.

He said when he finished high school there, he applied for a job at the police department. The town was then so small it really could afford only a police chief and a night officer. But it needed someone to answer the phone while the chief went out on calls and also to run errands, so the young man was hired.

One day during his first week, he was sent to the post office to put up the new “Ten Most Wanted” poster of criminals from around the country. As he drove along, he glanced at the photos. One description was of a criminal six-feet-eight inches tall yet weighing only 129 pounds. He thought, “That has to be a misprint. Nobody is six-eight and weighs 129. Well, that man going into the cafe is, but—”

He slammed on the brakes and took a better look at the poster. “It’s him!”

He sped back to the police department and told the chief, “I swear it’s him.”

The chief didn’t believe him, but felt he had to humor the kid, so they went together to the cafe.

“You go around and come in the back door, then I’ll come in from the front,” the chief said.

The tall man sat on a barstool, waiting for his food. When the two came up from behind, the chief realized it really was the criminal on the poster. They aimed their pistols at the man, who surrendered without incident.

I don’t remember the entire name of the kid, but I believe his last name was “Gilbert.” And if I recall correctly, he stayed in law enforcement despite his frightening start.