Down on Kirkwood Ranch

Streams of Visitors from Everywhere

Wow, I’m finally at Kirkwood Historic Ranch on the Snake River, a place I have wanted to return to for years.

It’s July 25, 2014, and the drive over Pittsburg Summit was wonderful, the road in the best shape I’ve seen, because of major repairs made after a wildfire below Pittsburg Landing earlier in the year. On the jet boat ride upriver to the ranch, I reflect that my first visit was in 1959, with my best friend from Salmon River High School, Jerry Spickelmire, who was driving his jeep.

In the early 1960s, I fought fires in Hells Canyon for the U.S. Forest Service, and I remember an early August day in one of those years when thunderstorms started several fires in the canyon. My replacement hosts arrived on August 5, and when I left Kirkwood Ranch on that day, a large fire was burning across the river from Pittsburg Landing along with several others in the area.

Since those days, I have been back many times on Hells Canyon raft trips and on jet boat trips, but this time I will stay twelve days as a volunteer host for the Hells Canyon National Recreation Area. Kirkwood Ranch is staffed with volunteer hosts year-round, most of them couples who stay for a month. The assignment would be much easier for a couple, with all the tasks that need to be completed, but I’m filling in by myself between hosts. 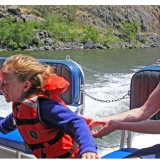 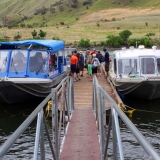 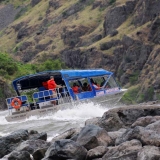 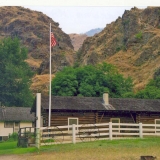 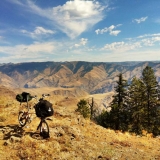 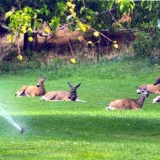 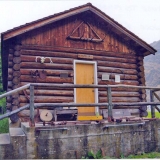 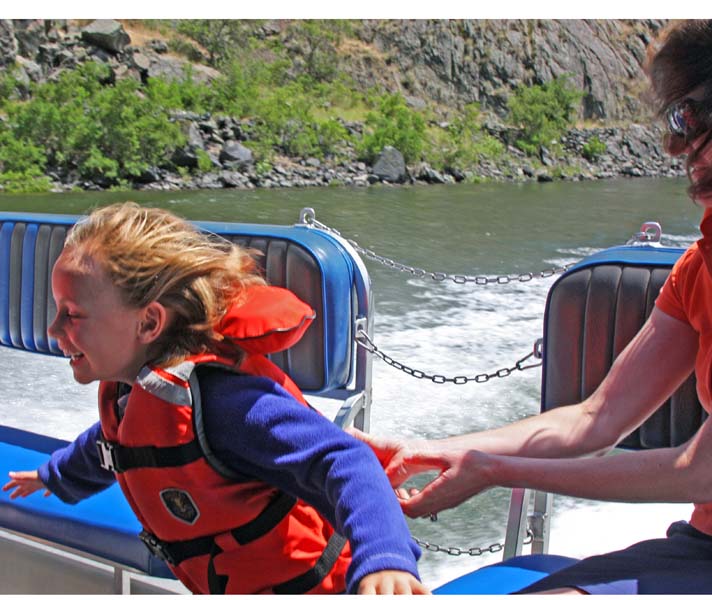 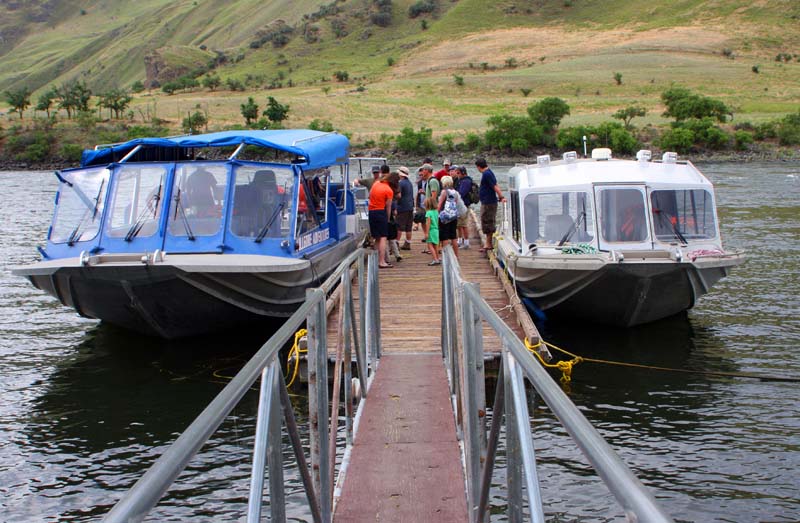 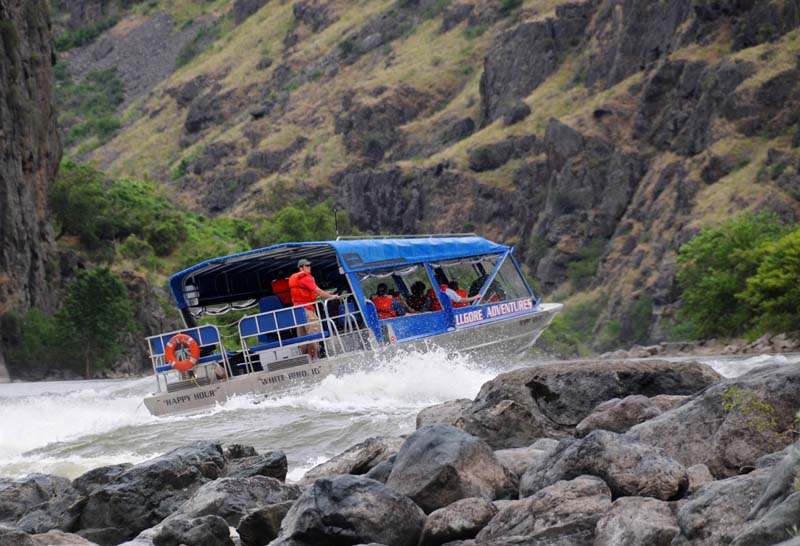 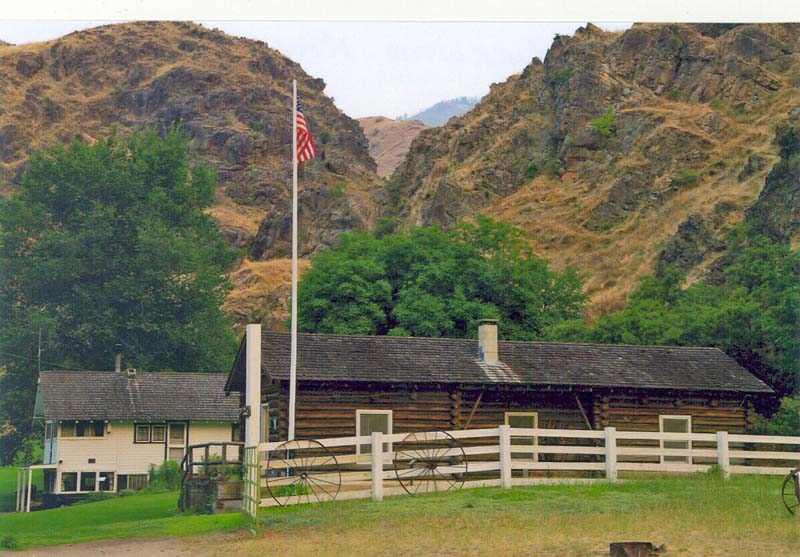 A view from above Hells Canyon. Todd Fahrner photo. 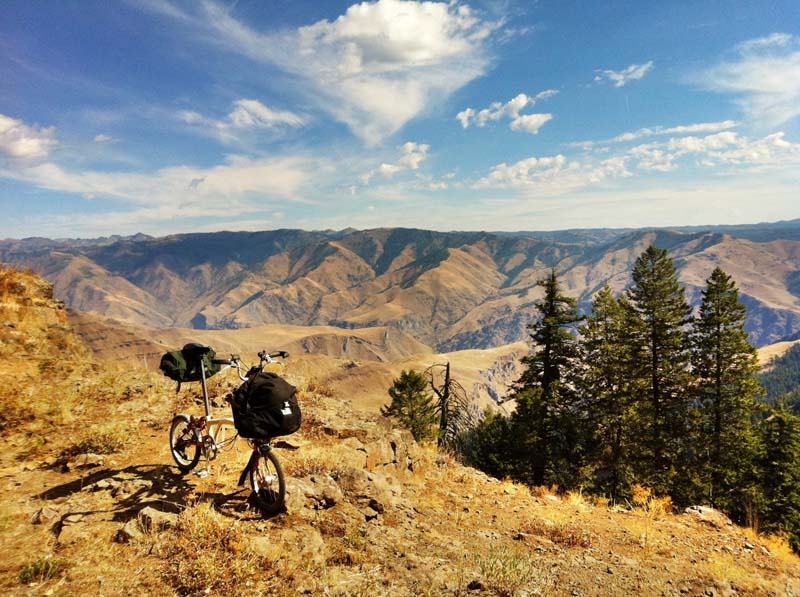 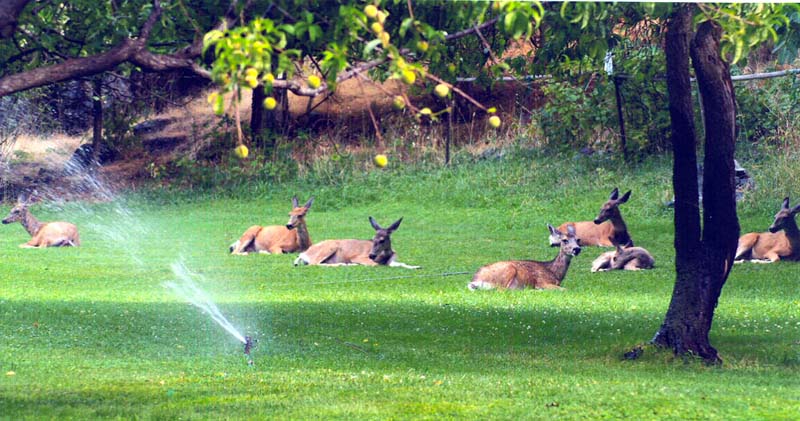 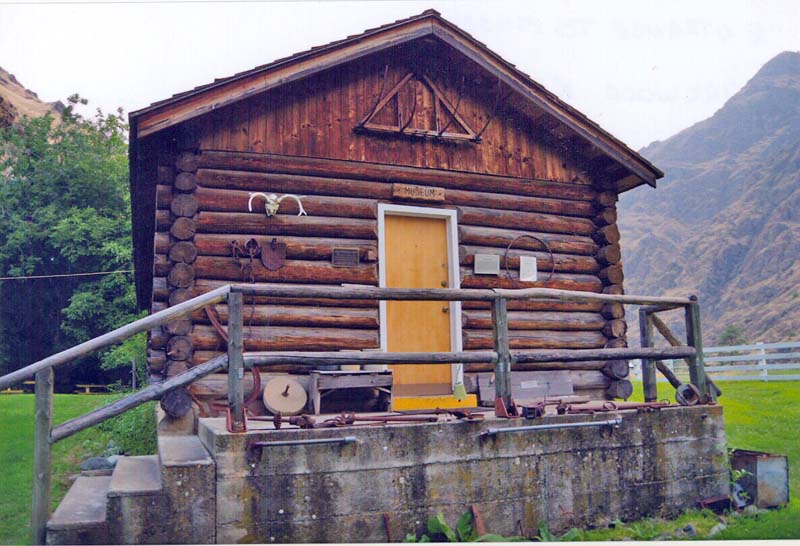 I put my belongings and gear in the Len Jordan House, and then start greeting visitors. The Jordan house, built in 1925, is on the National Register of Historic Places. Len and Grace bought the ranch in 1932 and moved there with their three children in 1933. They remodeled the house by adding a root cellar, sleeping porch, kitchen, and bathroom. They stayed at Kirkwood until 1943 and then moved to Grangeville, so their oldest daughter could attend high school. Len Jordan later became governor of the state, and then a U.S. Senator.

Each day at the ranch is different, but first thing every morning, all the sprinklers need to be moved, because they’ve been on throughout the night. After a quick breakfast, it’s off to check that the public restrooms are clean and have toilet paper. Then I open the museum, a log structure built in 1952 as a bunkhouse, which is also on the historic register. My first visitors each day generally are ten to twelve whitetail deer, who seem to enjoy the green grass. One young fawn keeps trying to visit the museum. Whenever I’m out and about, the deer don’t seem to be too concerned, but they usually disappear when visitors arrive, and reappear again in the evening, after the others have departed.

The visitors from raft trips and jet boat tours usually start arriving about 10 a.m., but I sometimes have guests as early as 7:30 and as late as 8:30 p.m. I greet them and answer questions, such as, “Do you stay here all night all alone?” and “Do you really live here?” Another question I’m frequently asked is, “Do you have TV, wifi, or e-mail down here?”  The answer is no, not in this remote canyon.

One morning, two raft groups of eighteen and twenty people and a jet boat tour of forty-two visitors all arrive at the same time, and all eighty of them try to visit the museum simultaneously—but the building is not that big. The people are great to work with, though. Those in the overflow wait outside, looking at the other features of the ranch while I keep busy answering questions.

During my twelve-day tenure, the busiest day gets 137 visitors and the slowest day has eighty-two. I’m amazed at hosting visitors from Florida to Alaska. I ask the guests to sign the register, and find that a surprisingly large percentage of them come from Florida, Alabama, Georgia, North Carolina, and South Carolina. Everyone seems to be in awe of the canyon and is surprised by my “little oasis” amid its heat and dryness, where I have lots of green grass, lovely shade trees, and picnic tables for lunch. Three jet boat tour companies provide their guests with lunches that they eat at the ranch. Keeping to the backcountry rule of  “pack it in, pack it out,” the boat crew spares me the task of collecting and removing the garbage.

Rafters and jet boaters also use a campground at the ranch, and each evening, I visit with the campers, advising them on pesky creatures often seen in the area, such as skunks and rattlesnakes. I warn that the skunks will get into the camp gear if it isn’t secured. On my third night, a skunk gets into a camp breadbox during the night. When I enter the camp the next morning, I’m greeted by a friend from McCall, Wayne Hersel, who says he found bread and hot dog buns scattered all over the kitchen area that morning. The campers’ gear had not been properly secured, and they paid the price.

Hells Canyon is a unique place, and the opportunity to be a host at Kirkwood Ranch is special to me. Listening to the visitors as they try to comprehend the canyon and its features is a rewarding experience, and I hope to return many times. In October, my wish was granted when I received an invitation to return to the canyon in November for two more weeks. Winter would be on its way, but as the days ticked by, I could hardly wait. 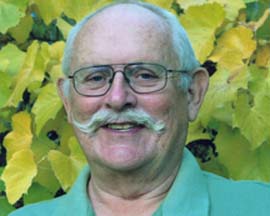 Chuck Hawkins was born and raised in Idaho, where he has lived most of his life. His favorite activities include exploring and photographing the state’s back country, whitewater rafting, and riding his motorcycle while enjoying and sharing special places. Idaho’s central mountains are his favorite part of the state.
View all posts by Chuck Hawkins →
ORDER BY MAIL