Fire on the Ridge

A Visit between Two Blazing Summers

No smoke or raging forest fires were visible in the Trinity Mountains when I visited there last May. Gone were the hundreds of firefighters, fire trucks, helicopters, and air tankers. The Trinity Ridge Fire of 2012 was dead, smothered by deep winter snows and by the shovels of thousands of firefighters. The towns of Featherville, Pine, and Rocky Bar had survived the flames pretty much unscathed.

On August 8, 2013, three months after my visit, another fire erupted southwest of Pine called the Elk Complex. It was a series of lightning strikes that all burned together and by late August had consumed more than 131,000 acres, threatening the towns of Pine, Featherville, and Prairie, as it destroyed eighty-three structures, including thirty-eight residences. The Elk Complex of fires spread to the north and west and bumped into the Trinity Ridge fire area (146,832 acres) of 2012 and the Foothills fire area (more than 150,000 acres) of 1992, which blunted its spread in those directions. 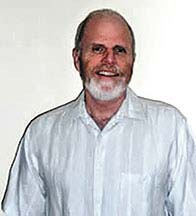 Rich McCrea works as a wildland fire management consultant and freelance writer. A graduate of the University of Montana School of Forestry, Rich and his wife, Louise, live in Boise and have three children. He volunteers with Gulf of Alaska Keeper. Other interests include hiking and fishing, and he rarely misses a powder day on the ski hill.
View all posts by Rich McCrea →
ORDER BY MAIL