Straddling the rail line that angled through the Upper Snake River Valley southeast to northwest, and bisected by the two-lane track that eventually became US Highway 91, the sleepy hamlet of Firth didn’t amount to much in 1900. But as was often the case while the West was settled, the railroad put the namesake of a pioneer, Lorenzo Firth, on the map. In 1903, the Oregon Short Line, a narrow gauge connection to the transcontinental Union Pacific Railroad, decided to move the existing siding at Basalt, along with its water tower and maintenance sheds, one mile south. Exactly why this move was made has been lost in history; but back then, when railroad owners spoke, sparks flew and wheels turned. As was the fashion, the Pocatello Tribune reported laconically:

“As far as the Oregon Short Line affairs are concerned, Basalt is a matter of history. The new siding, called Firth, is three thousand feet long. A loading track has also been put in.”

And that was that. 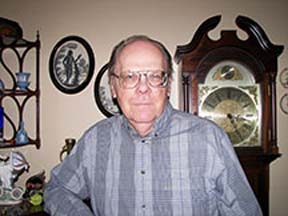 Wallace J. Swenson is a writer and Idaho native who lives in the Upper Snake River Valley with his wife of forty-seven years. A retired USAF veteran, he completed his second career in 2007, writes full-time, and is active in the Idaho Writer’s League. Author of ten novels in manuscript, his first in print, Morgan’s Pasture, appeared in the spring of 2010. His website is www.whitecloudliterary.com.
View all posts by Wallace J. Swenson →
ORDER BY MAIL