This particular long-haired guy was newly arrived in McCall from Los Angeles, which had the risible reputation of a laid-back place. Laid back if you were from New York maybe, or Tokyo, but hardly to the early-twenties crowd slouching around the porch of Lardo Saloon & Dance Hall, across the street from Payette Lake. Let’s call the newcomer Jake, because I barely knew him and certainly can’t pluck his real name from the entangled ecosystems of memory spanning four decades, and more important anyway is what everyone called him. We called him a Flatlander, the same thing we called everybody else who drove against the down-rush of the Payette River up the twisty highway from Boise to the lake in the mountains. 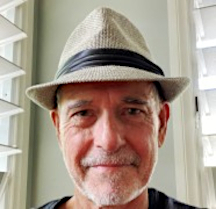 Steve Bunk came to Idaho in 1973, worked as a journalist in Australia and Southeast Asia for fifteen years, returned to the U.S. and worked for six years as a science writer in Philadelphia, Washington, D.C., Albuquerque, and San Francisco before returning to Boise, where he is managing editor of this magazine.

View all posts by Steve Bunk →