Ghost on the Plain

Posted on by Storee Powell

The Rugged Serenity of Gilmore

There is something incredibly satisfying about immersing myself in a ghost town’s remnants of a bygone time, because I can envision what life was like for the people living there—a life incredibly different from mine in its ruggedness and harshness.

I also feel quite privileged, almost guilty, to see something that many Americans will never get to take in. What more perfect example of the heritage of the Old West could there be than an abandoned mining town rife with relics and lore?

Mostly unpreserved—left to the wiles of time, weather, and illegal picking by tourists— Gilmore is a raw, rugged, and serene ghost town set amid the forested Lemhi Mountains on a sage-covered desert plain where mining was active from 1880 to 1929, producing nearly twelve million dollars in lead and silver. Miners wanted to name the town after John T. Gilmer of the Gilmer and Salisbury Stage Company, but a paperwork submission error to the U.S. Post Office resulted in as the place being officially named Gilmore.

With my parents and brother, I made the 101-mile trek northeast from Idaho Falls. A two-hour car ride really is a trek when you have fibromyalgia, as I do, but I must have inherited from my grandpa a need to wander away from civilization and take a step back in time. His curiosity about the past took the form of appreciating it for what it was, and he was known for just upping and driving to some ghost town to get a taste of another era against the backdrop of Idaho scenery. 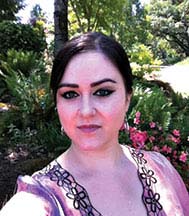 Storee Powell is a journalism graduate of Utah State University. Her reporting for print, online and public radio has won awards from the Society of Professional Journalists as well as the Utah Broadcasters Association. Currently, Storee is the social media specialist for the Center for Persons with Disabilities at USU. Twitter: @missrusset2006
View all posts by Storee Powell →