On a rabidly hot day forty years ago, Bill and Kathie Horner were vacationing with their children, Todd and Nicole, in southeastern Idaho.

Bill was at the wheel of the orange pickup with a camper on top and Kathie rode inside with Todd and Nicole, preparing lunch. She’d set out the fixings on the fold-out kitchen table, which had an especially slick surface. Her knife slipped to the floor, and as she reached for it, Bill turned a sharp corner. The momentum caused a slice of bread stacked with meat, cheese, tomato and mayo to slide off and land snugly in the gap between her pants and backside. Stunned by the cold, wet sensation, she stood, smashing the sandwich further. She yelped, followed by a facile outburst of R-rated venting, as she removed the sandwich from its peculiar locale.

Clueless, Bill parked the truck and whistled a trademark tune as he opened the camper door. An infuriated Kathie slapped the crushed thing into his hands and snapped, “Here’s your sandwich!” Slowly, Bill shut the door and stepped away, bewildered. Over the decades, the Horner family often has recounted this slapstick scene, dubbed the “sandwich story,” laughing heartily every time. 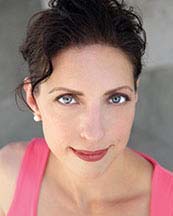 Jodi Horner lives in Denver with her husband and nine-year-old twins. Her fulltime post as “momager” of the Horner hearth is job number one, but she also works as a freelance writer and actress (recently published in Parker Lifestyle Magazine and appeared in a Furniture Row commercial). Jodi says she loves writing enough to create rough drafts of grocery lists. Find her at www.jodihorner.com.
View all posts by Jodi Horner →
ORDER BY MAIL