The Swans of Clarendon

Posted on by J. L. Bowman

By J.L. Bowman
Photos Courtesy of the Bowman Family

One of the worst days of my life happened in September 1981, when my youngest sister, Debra, and I went to do some job-seeking at Ketchum. Dad had moved to Hailey for his mining job and we were in need of a change and an adventure. While visiting the area, we agreed to drive out to one of our favorite places when we were children, Clarendon Hot Springs. What a shock. We learned that a wealthy man had bought the resort and made it his private guest ranch. The sight before us seemed unbelievable. A large metal gate with a big padlock had been placed across the main road. The hotel that had stood guard over the property had been demolished. Also gone were the cabins on the hillside, making room for a new public access road to the campgrounds. The biggest swimming pool sat empty and crumbling, while the others seemed bare because their log walls had been removed. Sadness filled my heart as I drove back into Hailey. As if this destruction of an important part of my childhood weren’t enough, in 1983 an earthquake centered at Challis, but felt as far away as Nevada, destroyed the springs. The waters of the beautiful lake were nearly dried up, making a large bog. The swans of my youth were nowhere to be found. The wonderful, homey feeling no longer existed for me, except in memory. 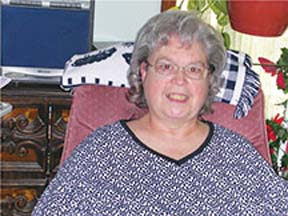 J.L. Bowman was born and raised in the Magic Valley. She taught at the College of Southern Idaho for six years. She also taught ESL in China for three years and adopted her daughter, Sarah, while there. Sarah died of cancer in February 2013. J.L. is now retired and resides in Twin Falls.
View all posts by J. L. Bowman →
ORDER BY MAIL