Herring under the Coat

Posted on by Jennifer Stamper

My heart pounded as the line of newly arrived passengers filed around the corner. I glanced back at my five children clutching their homemade welcome signs. Their attention was focused on the people coming in. I turned back. Where is he? I stood on my tiptoes for a better view.

At last, I saw his head come into view at the back of the line. I recognized him immediately. Artem Chukanov, our seventeen-year-old exchange student from Russia with whom we’d spent the last month emailing, messaging, and video conferencing. “There he is!” I called out, and we all waved. He saw us and a huge smile spread across his face. The moment he stepped free of the crowd, my daughter Sage ran and hugged him. He hugged her back and we all took turns greeting him with a hug. It was nice to finally hear him say, “Hi, Mom!” in person.

There are times when you know you have to do something. You don’t know why or how—you just know. For me, getting an exchange student was one of those times. The idea surfaced almost a year before Artem came to live with us. I didn’t think it would ever happen, so I didn’t tell anybody, but the idea wouldn’t go away. Months later, my oldest daughter Shaydell called me from school begging me to come talk to a student exchange representative. I agreed. That was June 9, 2013. On the 18th, Shaydell and I read Artem’s profile and application for the first time. I was impressed by his English and his fun and expressive essays. He wrote, “I want visit Halloween,” and drew a tiny jack-o-lantern between the lines. At the end of his letter to his future host family he wrote, “America, wait for me!!!!!!!”  I laughed aloud at all the exclamation points.

I took Artem’s application home and showed my son, whose room Artem would have to share. He was open to the idea, so the last hurdle was my husband. I had no idea what he would say, and was amazed when he responded, “Actually, I’ve thought about that before.”  By July 10, we finished our application process and saw our first picture of Artem. I remember thinking, He doesn’t look Russian. This was the first of many misconceptions I had about the Russian people. 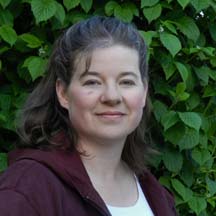 Jennifer Stamper has always lived in Idaho. She graduated from Blackfoot High School in southeastern Idaho, and then from Brigham Young University-Idaho, before moving to Clark Fork in northern Idaho five years ago. Her current credentials include the super-human ability to simultaneously carry from the car three bags of groceries, a gallon of milk, a diaper bag, and her fifth child (two years old) and still find a way to unlock the door. She enjoys photography, happy children, and writing for local papers.
View all posts by Jennifer Stamper →