Posted on by Nancy Owens Barnes

For weeks, the Sawtooth & White Cloud Mountains Trail Map lay spread across my husband’s desk. He studied it hours at a time, following trails with his finger, supplementing the map with computerized images and his own imagination.

He envisioned himself standing on the granite-laden shores of Imogene Lake below the toothy grin of the Sawtooth Range, casting his line into deep crystalline waters to see what fish might strike, or tracking the glint of his favorite lure toward shore. He imagined hiking trails along the lake’s shore and exploring the slopes above, the wildlife he might encounter, and the feel of crisp wilderness mornings after the awe of starry nights.

Tom’s thoughts about the Sawtooths stemmed from fond boyhood memories of visiting and camping in the area with his family when they lived in California in the 1960s. On three occasions, they passed through the area as they fished and camped along the Wood River north of Ketchum and Sun Valley, and he once hiked with his father to a small lake in the Sawtooth Range. Tom had never forgotten those times, nor the mountains.

“Let’s go!” he finally said in mid-March. Knowing I love horses and not wanting to put undue stress on his knee after recent surgeries, he added, “We’ll get horse packers to take us in.” 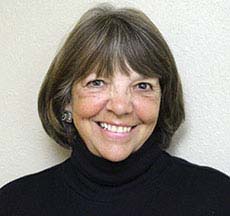 Nancy Owens Barnes is the author of South to Alaska, a true story of courage and survival. Once featured in Coeur d’Alene Magazine as one of nine northern Idaho writers who have achieved acclaim for their work, her essays and poetry have appeared in a variety of publications. She and her husband, Tom, moved from Alaska to Idaho in 1999 and currently live in Sagle, on Lake Pend Oreille.
View all posts by Nancy Owens Barnes →