Posted on by Cate Huisman

A Milltown That Outlasted Its Mill

In the flat expanses of the Purcell Trench at the northern end of Idaho, a favorite weekend biking loop is to cross the Selle Valley from Sandpoint to the Pack River Store for a breakfast burrito, and then loop back to town. Almost all the ride is on little-trafficked rural roads or bike paths. But a mile in the middle of the return might eject the rider’s burrito: one desperate mile on Highway 200, where vehicles from Clark Fork and beyond always seem to be in a hurry. It’s a perilous, narrow-shouldered ride from the end of Shingle Mill Road to the exit to Second Avenue in the bucolic burg of Kootenai.

Whenever I do this ride, I pedal that mile as fast as I can and let out a sigh of relief when I coast into Kootenai. The current leaders of this century-old town recognize that their community is a refuge of peace and quiet, and they aim to maintain it. As city councilor Crystal Closson told me, “It’s safe, people are happy, and everybody gets along. It’s a wonderful place to raise your children.” Although it anticipates and welcomes growth, Kootenai has no designs on grandeur. Its mission is to maintain itself as “a small city where families grow.”

Until a century or so ago, the Kalispel people lived here, and other native peoples visited to trade with them and to hunt, fish, and harvest the bulrushes that grew in the wetlands around Lake Pend Oreille. The first people of European descent were David Thompson and his colleagues from the North West Company, who arrived in 1809 to trade for furs. No vestige remains of the trading post Thompson set up, and the native people with whom he traded have long since stopped coming here, too. Instead, the arrival of the railroad eighty years later initiated another kind of trade. 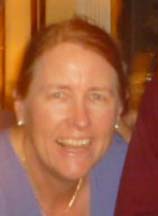 Cate Huisman is a Northwest native who has lived in the Idaho panhandle for about a decade. She writes frequently for Idaho Senior Independent and Sandpoint Magazine and maintains a blog on all things panhandle at newwest.net/panhandle.
View all posts by Cate Huisman →