Lessons from the Pasture

After a Crippling Loss, Thousands Are Lifted from the Ground

With evening chores completed I sat in our Boise backyard pasture, gently calling the lambs by name, trying to hold back my emotions. I found myself frequently glancing up at the second floor window, where the shadows swayed back and forth intensely on the ceiling. I had heard that Martie liked to rock as a toddler, but now, at thirty-five, the lamp beside her rocker exposed her growing nightmare and the passion of her prayers. How could this be happening? Only two years earlier, our twins Michael and Sarah had just turned four when Martie, who had never smoked, was diagnosed with an advanced stage of lung cancer. After surgery to remove part of a lung and eight months of chemotherapy and radiation, she had only about fourteen months before it all came back.

She had grown up on a farm outside Kuna, had always loved animals, and now decided we should raise lambs. I restored the pasture, built a shelter, bought grain, and we welcomed the lambs, carving their names above the entryway. They brought joy to the whole family, and the kids loved to run with them. That initial month, when the lambs were away from their mother for the first time, we spent many evenings in the shelter, calming them with sympathetic voices. During the day, we fed them out of our hands and watched them prance in delight. When the neighborhood dogs barked, we reassured them with our presence, letting them know they were safe. We took great pleasure in tending our lambs.

When the biopsy came back positive and the cancer returned with fury, life became very difficult. How do you fight a battle for life when drained of physical and emotional strength? I sat in the pasture evening after evening, calling the lambs and watching the shadows on the ceiling. The constant motion of those shadows spoke to me of hope and despair, strength and fragility, faith and fear. It was if I were watching a battlefield on the ceiling. I admired her fight and loved her all the more.

The pasture became an escape for me at the end of the day, after work, after taking care of the kids, after spending time with Martie. In the pasture, I was free to speak my thoughts, my fears, my disappointments, my hopes. The lambs heard every word but paid no attention. I believed God heard every word. I just hoped He was listening. Then one evening I was given a gift. One of the lambs answered my call. She leaned against my knees and I put my arms around her and rubbed her side and the top of her head. She stayed as if to comfort me that evening, and then again, and again. 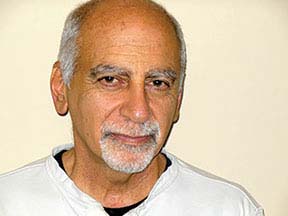 George Hage retired recently from the Idaho Elks Rehab/St Luke’s Rehab Hospitals after forty-one years as an occupational therapist. He is the founder of Idaho Believes, a volunteer group supporting the Free Wheelchair Mission, raising funds to provide wheelchairs for Third World countries. The goal is one wheelchair for every seat in Boise State’s Albertsons Stadium. To learn more or donate, visit freewheelchairmission.org/ib.

View all posts by George Hage →

2 Responses to Lessons from the Pasture