Posted on by Olivia Malmgren

In a White World

Photos Courtesy of the Malmgren Family

The author, a high school senior in Boise, wrote the following piece last fall for an English class assignment. It is published here with permission.

Blue eyes connect with mine as we pass each other. The feeling that these eyes are still on me is heavy, the certainty that they are watching me extra closely. This is not the first time I have felt the heavy gaze of society on my back, and it most certainly will not be the last. My eyes, brown as the soil that sprouts rich green grass, takes in the reality of my life. My brown skin causes some people to judge me before they get to know me. My beautiful brown skin.

I have been raised in a white American family by a mom and dad who gave birth to three boys and a girl and then decided to adopt three other kids, two of whom are Black. As I grew up, my white mother always told me how lucky I was to be Black, how she wished she were Black, and how although I wasn’t the same color as she, we were family. We could not be more different. She is a white woman with blonde hair that goes to her shoulders on the days that she straightens it and blue-green eyes that plead with me to understand that she loves me. I, on the other hand, am a Black girl whose hair grows up to the sky in tight curls, and whose skin is as brown and smooth as a chocolate bar. When I was young, Mom was Mom and that was all that mattered—differences or not.

But as I grew, my brown eyes were opened. I did not blend into my surroundings. My hair was always in tight cornrows when other girls my age did French braids. When I was old enough to start wearing makeup, we could not find a shade that matched my skin at the department store. We had to turn to a specialist cosmetics and skin care store. The stares of white women as my Black sister and I walked with our mom through the store was unsettling. I felt I was white, despite having black skin. Everyone around me was white. The ads on TV, on social media, everything pointed towards white culture, and so I had made it my own. Being Black was foreign to me. 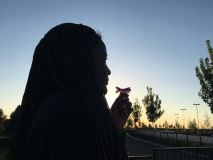 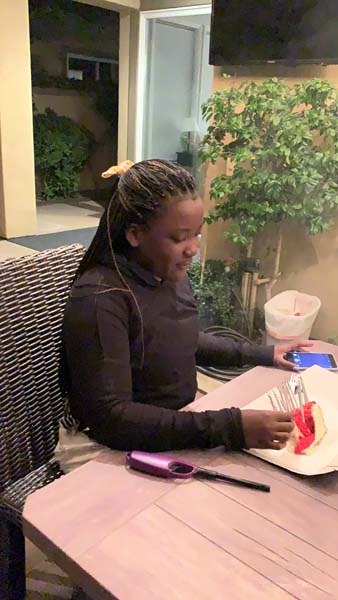 The author with her mom, Suzanne. 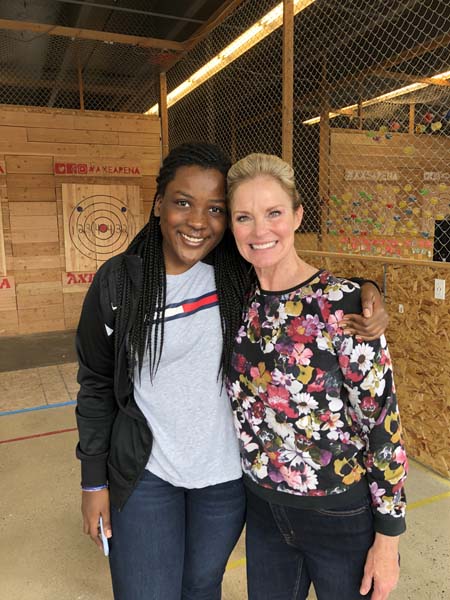 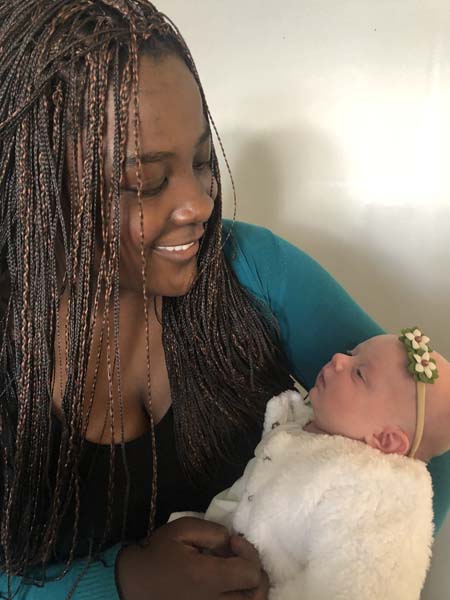 Olivia at an archery range. 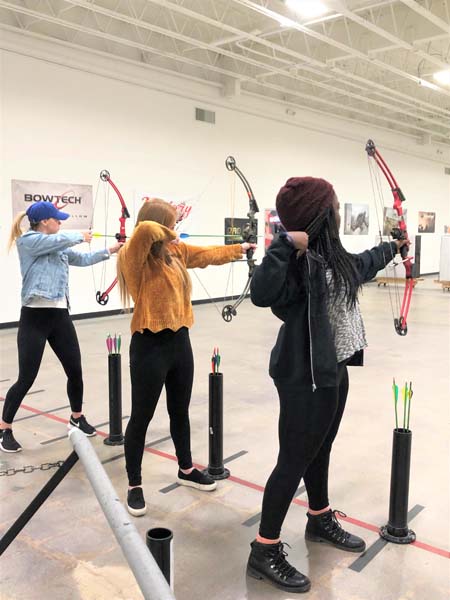 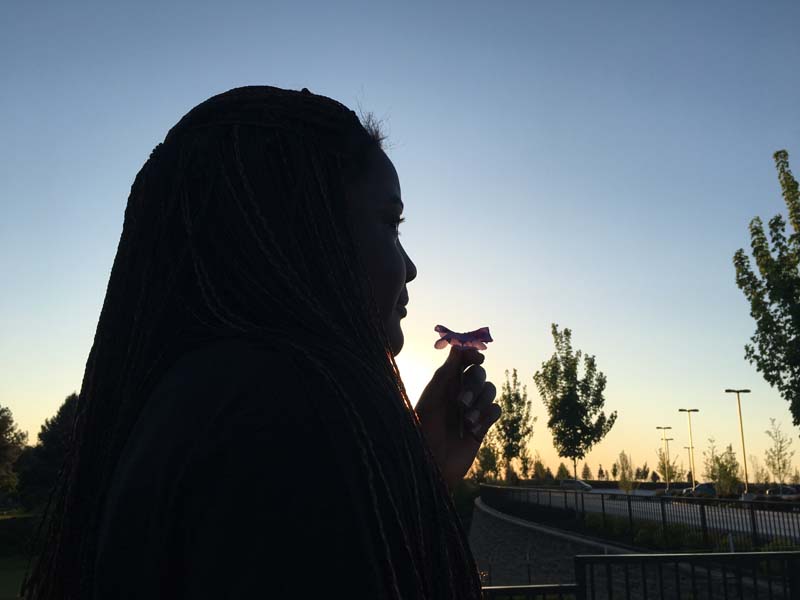 Artwork by Olivia, inspired by a song and by the Black Lives Matter movement. 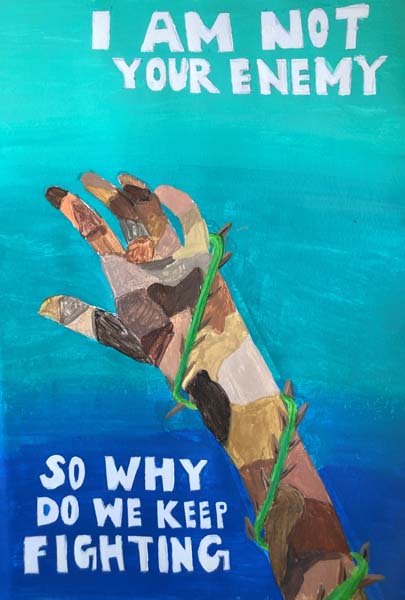 I remember when I was young, my sister and I were together with a family friend playing at a park. We were swinging when a little boy and girl came up to us. We did not know these kids, but they wore determined expressions. The words they said shocked me: “You can’t play here. You are Black. We hate Black people.” Those words replayed in my head. My skin is black, but I did not know what that even entailed. How did I need to act to be Black? In what way was I Black? I knew my skin made me Black but what else? Nothing made sense.

That confusion did not leave me. In middle school, for the first time I was called the N word with the hard “r.” It felt awful. But I was still confused as to why being Black was such a big deal and why my white family did not face the same trials as I did concerning their race. I had lived with them my whole life, I was a part of their family, I had black skin, but that was it. I had heard about Black families who were harmed by systemic racism. Blacks who committed crimes. Blacks who were known for being rough and burly, and Blacks who did not have fathers. Blacks who were malicious. I thought I knew that side of being Black and I wanted no part of it whatsoever. But in 2020, I learned a truth about being Black that I felt the need to share.

I learned these lessons through experiences I had while walking through a store and being followed, knowing that people were suspicious of me simply because I am Black. Or being asked at restaurants if I am there alone, even when I’m standing in line with my white family. So, those heavy blue-eyed gazes can follow me wherever I go. I have done nothing wrong, because another thing I have learned is that being Black means being proud of who you are.

I am Olivia Malmgren. A Black woman. An African-American woman. An individual who loves others, who is kind, caring, and who is harmless. 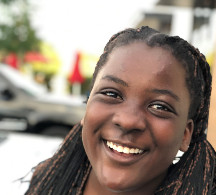 Olivia Malmgren is a senior at Centennial High School in Boise. She plans to attend college in the fall of 2021, hopefully in class, if the pandemic cooperates. She loves art, writing poetry, and spending time with her five nieces and one nephew. She is the youngest of seven, with four older brothers and two sisters.
View all posts by Olivia Malmgren →